It Sounds Like Jason Dufner Enjoyed Not Playing Golf 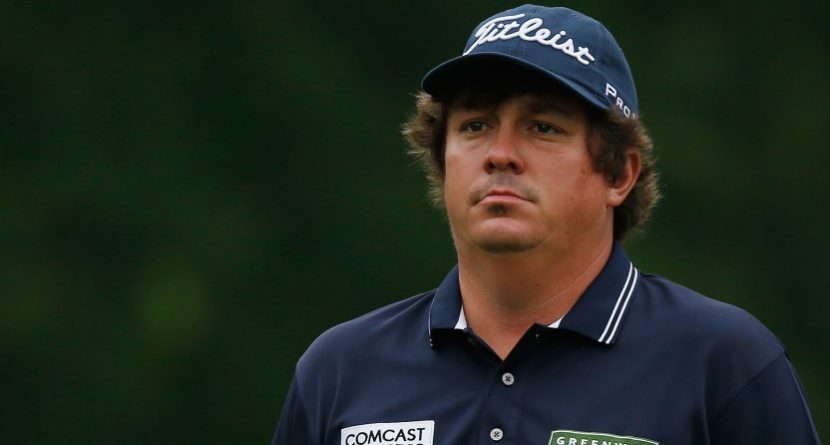 Jason Dufner is set to return to professional golf for the first time in nearly three months, as he’s down in Australia for the Perth International this week. You’d think the guy would be pumped to get back on the course after battling bulging discs in his neck.

Maybe he is, but in typical Dufner fashion, he seems about as excited as a bunker rake.

“I wasn’t too interested in golf or what was going on in the golfing world during that time period,” Dufner said. “I didn’t watch one minute of the Ryder Cup. I got into a lot of different things. It was disappointing that I was injured, but it wasn’t miserable for me.”

Now, we don’t want the guy to be completely despondent because he can’t play golf. Golf is his job and everyone enjoys some time away from work.

But the Ryder Cup is the most exciting event in Dufner’s line of work, and he likely would have been competing there had it not been for the pain in his neck. His boy Keegan Bradley was playing, and surely Dufner has some national pride.

However, if Dufner needed some time away from the sport to get rejuvenated, and if not paying attention to anything his cohorts were doing was necessary, then more power to him. He did seem thrilled (as much as that’s possible with Dufner) to do some charity work while he was out, making pizzas to fight childhood hunger and walking the runway to support a women’s foundation.

Ultimately, we just want the Duf Daddy to be able to unleash his pre-shot waggles without pain. Because he already figures he’s got about five years left before retirement, and we’d hate to see him walk away any sooner. Pain-free golf is the goal this week.

“I haven’t played competitive golf in 11 weeks, I don’t have that many expectations,” Dufner said. “I feel like if I can play 18 holes without any pain, that’ll be a good thing. Get rolling in the right direction again.”