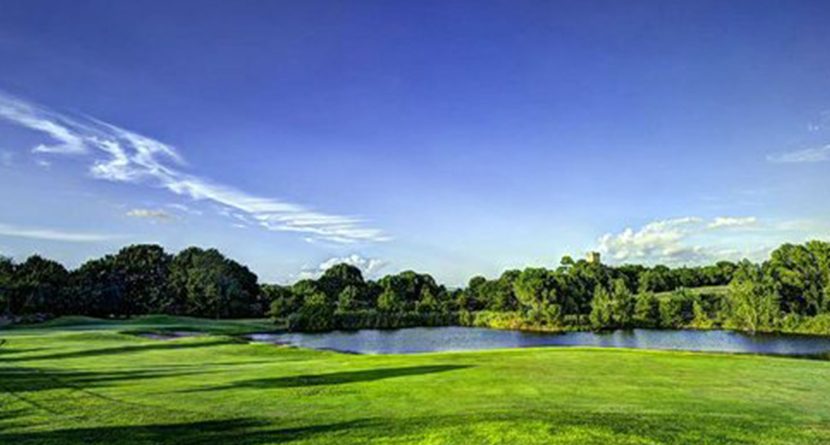 New European Tour chief executive Keith Pelley came to the Tour earlier this year boasting an impressive résumé as a businessman. His track record of successful and profitable media rights deals was unequivocally one of the biggest reasons the Board of the PGA European Tour tapped him to succeed the outgoing George O’Grady.

In his first few months on the job, Pelley has made decisions that reflect back on his business acumen — from bending rules to allow big draws such as Rory McIlroy and Ian Poulter into events they would otherwise be ineligible to enter, to altering the Tour’s tournament requirements to cater to bigger, worldwide stars.

Pelley bolstered that reputation once again on Monday when it was announced that Italy’s Marco Simone Golf and Country Club would host the 2022 Ryder Cup.

Italy won out in the bidding over other candidates Germany, Austria and Spain. The biggest reason for Italy’s selection? Money.

The European Tour’s dependence upon the Ryder Cup has been well-documented. The biennial event is the biggest source of income for a Tour that, in non-Ryder Cup years, struggles to stay afloat.

“In simple terms, the European Tour loses money in non-Ryder Cup years, makes a tidy profit in years the event is played in the United States (where the PGA of America, not the PGA Tour, owns the event and reaps the majority of the income), and then hits the lottery in years the tournament is staged in Europe,” ESPN senior writer Bob Harig succinctly put it in 2014.

What this results in for countries vying to host the event each of the four years the contest for the Cup returns to European soil is an arms race. Or more accurately, an auction.

With so much of the European Tour’s stability dependent upon a three-day event that occurs once every two years, countries can talk, but money talks, so they talk more bucks, as Jay-Z would say.

In 2018, France will host the Ryder Cup because Le Golf National ticks the five boxes the European Tour lays out for consideration: government support, a suitable venue, proximity to a major city, commercial opportunities and a commitment to professional golf in the host country.

The first three prerequisites are easily attained. The final two are where the European Tour’s bread is buttered. “Commercial opportunities” is self explanatory: prove you can make money. And countries can show a commitment to golf in their country by boosting the profile of their home open. Good business sense says that in order to get the best players in the world to show up at your event, pay them like they’re playing one of the best events in the world.

These rolling deals guarantee the European Tour more high profile events over the course of the contracts’ lifetimes, which, in turn, will enhance the overall allure of the European Tour as a whole. All the while, the growing popularity of the Ryder Cup makes these elaborate and lucrative deals more enticing for the host nation. It’s a financial circle of growth that is precisely why the Tour brought in Pelley in the first place.

After all, the European Tour is a business, man. Pelley’s just a businessman. Let him handle his business, damn.