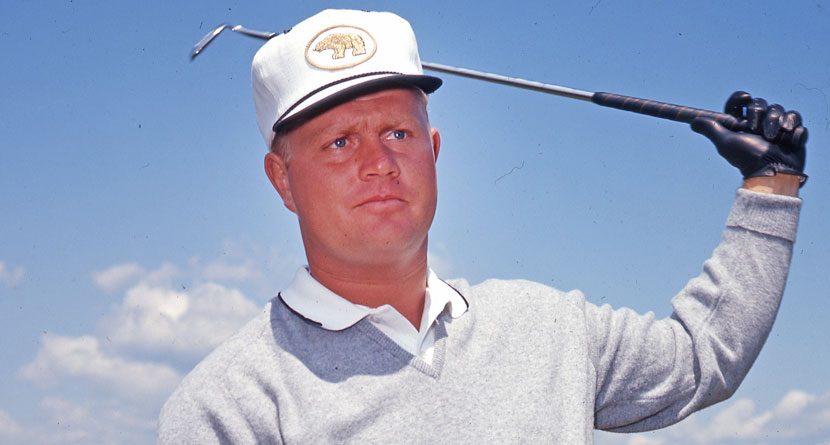 Everyone has to start somewhere, and for 18-time major champion Jack Nicklaus, somewhere was the Los Angeles Open. In his first professional tournament, the “Golden Bear” finished in a three-way tie for 50th place. For his efforts, he received a whopping $33.33.

That’s right, thirty-three dollars and thirty-three cents. That’s no typo. Nicklaus posted a photo of his bank-breaking return from January 8, 1962, on Instagram.

Sure, sure, the return on $33.33 in 1962 was significantly more than it is in 2014. But it’s still an alarmingly low figure to look at when you consider that Nicklaus made $26 million last year.

Since the Jack-Tiger comparison is ever popular in golf circles, let’s compare the two here, too. Tiger just passed $1.3 billion in career earnings and made his debut in 1996 at the Greater Milwaukee Open. While there’s no known  photographic evidence of his check, according to tournament records, he took home $2,544 for his T-60 finish. So, Tiger made $2,510.67 more for finishing (roughly) 10 spots worse than Jack did 34 years earlier.

I wonder if Jack ever wakes up thinking he was born at the wrong time?

Related Link: By the Numbers – Tiger Woods vs. Jack Nicklaus