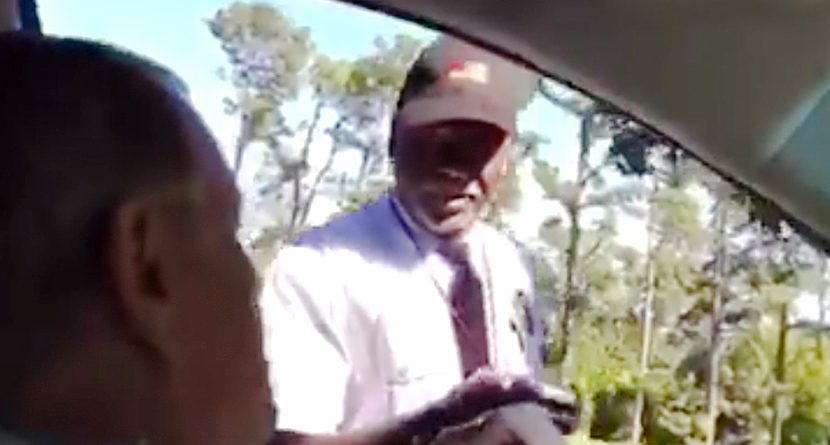 Watch from behind the scenes what happened when I arrived to Magnolia Lane and the Masters this afternoon!

Augusta National takes its security very seriously. No one gets down Magnolia Lane without passing through two series of guards, not even Jack Nicklaus. The 18-time major champion and owner of six (!) green jackets, you’d think Nicklaus would have an easier time getting through Augusta’s pearly gates.

Jack was headed to the famous ANGC clubhouse for the annual Champions Dinner on Tuesday evening when he was waved through the first security outpost with little more trouble than a tip as to what was being served for dinner. At the second security stop, however, the Golden Bear had a tougher time driving through.

Until the security guard stopped his normal spiel about scanning badges and looked at who he was talking to.

The guard, understandably bashful after giving Nicklaus a bit of a hard time, waved him through graciously. Nicklaus even got his son down Magnolia Lane in the car behind him once everything was sorted.

Maybe it’s not so bad to be Jack at Augusta.