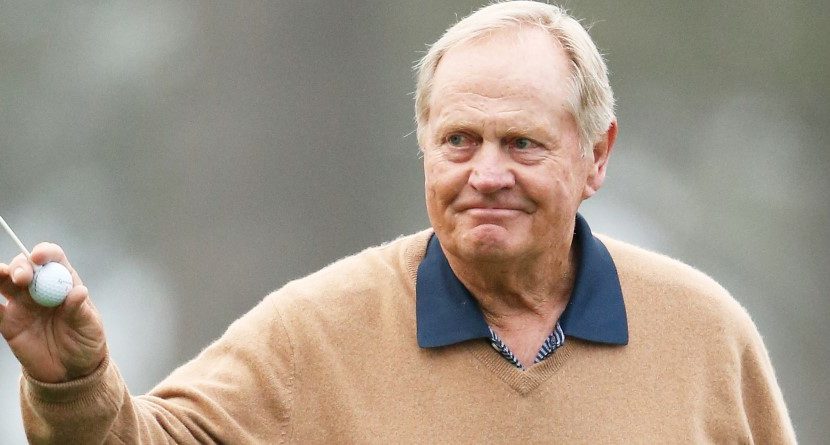 In the calm between majors on the golf schedule, a few of the sport’s luminaries have ventured across the pond to take in tennis’ ultimate tournament. And the “Live @ Wimbledon” crew has done a remarkable job tracking down golf’s greats.

The show snagged the Golden Bear on Wednesday, as one of the hosts, 1980s tennis star Mats Wilander, coerced Jack Nicklaus onto the set with him. Nicklaus and Wilander have become friends over the years due to their love of the others’ sport.

The hosts lobbed a few tennis questions at Nicklaus and eventually asked him about the pressure to win a major. That led him to bring up the subject of Rory McIlroy, and Nicklaus had some interesting things to say.

“In this day and age, prize money is so high and the demand on somebody’s time from winning a major is so great, that all of a sudden they lose their focus for a period of time,” Nicklaus said. “And then all of a sudden they say, ‘Okay, now I’m done with that, I gotta go get it back.’ Well, you just don’t get it back that fast.

“Take Rory McIlroy. Rory McIlroy’s won two major championships and the demands on his time have become very high. Nike’s given him a huge contract. Financially, he’s set for life. He has major championships for life. But I don’t think that’s what satisfies Rory McIlroy. He’s been doing, sort of, other things, and now he’s back wanting to play golf again and he’s struggling. And I think he’s struggling because I think it’s in between his head. He just hasn’t got it back into his head. Because before he was grinding, grinding, grinding to get where he wanted. Now all of sudden he’s had a little bit more (leisure) and he’s got a little bit less pressure. You need the pressure. I think it’s great to have the pressure.”

“Rory will get it back,” Nicklaus continued. “He’s just going through a period. He’s too talented. He’s too hard working and too good a kid not to get it back.”

Here’s the full interview, with the golf majors and McIroy commentary beginning at the 6:40 mark:

Speaking of McIlroy, the “Live @ Wimbledon” crew tracked him down last week. The brief exchange as McIlroy left the grounds included talk about his girlfriend, Caroline Wozniacki, and their poor choice of a movie, “Behind the Candelabra.”

And one really excited TV reporter caught up with Ernie Els, who is good friends with Ana Ivanovic, who formerly dated Els’ golf buddy, Adam Scott: