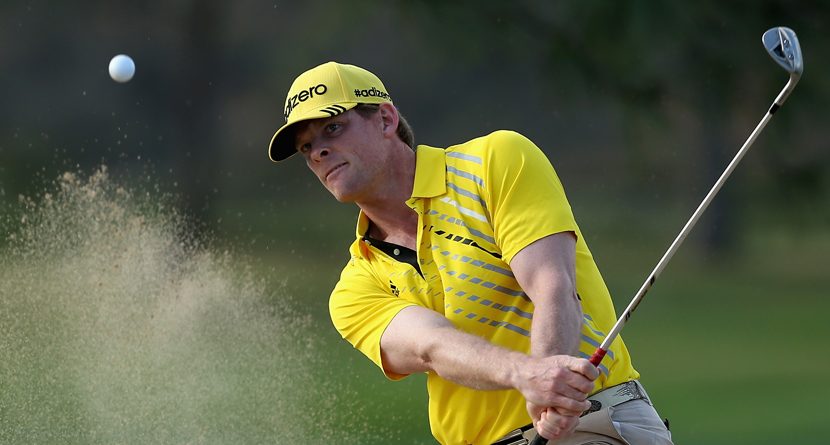 Driscoll, a PGA Tour pro since 2001, is from Brookline, Mass. — a city just outside Boston’s city limits.

He grew up only a few blocks away from the site of last Monday’s Boston Marathon bombings that shook the entire nation. In response to the attack, which killed three people and injured nearly 200, Driscoll pledged to donate $1,000 for every birdie he carded at the RBC Heritage, which ended Sunday.

Driscoll missed the secondary cut — although he played three rounds at Harbour Town Golf Links in Hilton Head, S.C. before his tournament ended on Saturday — and finished with nine birdies.

Driscoll will continue his Birdies for Boston campaign at this week’s Zurich Classic of New Orleans.

Driscoll said he was worried for his friends and family when he heard about the bombings.

“As soon as I heard about it, I immediately thought of all my friends,” Driscoll said in a PGATour.com story. “I had friends running it and a lot of other friends there watching it. I knew they were all going to be there on Boylston Street. Fortunately, everyone was OK.

“It makes you angry, emotions just flow. I decided I wanted to do something.”

Previous Hot List: 11 Golfers That Could Play in the NFL