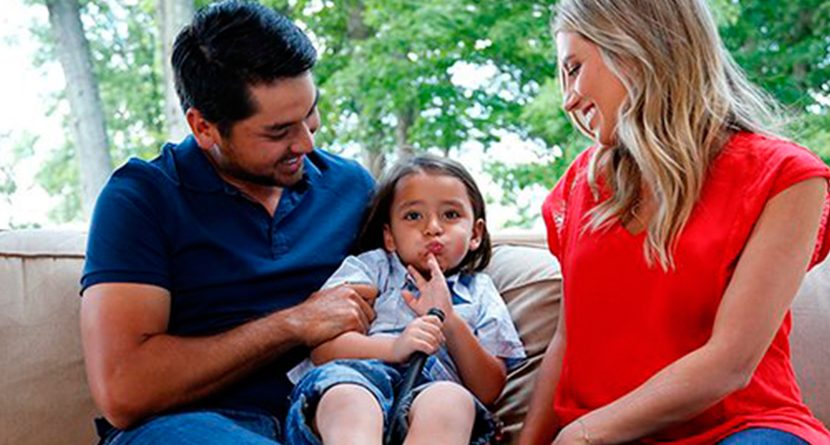 2015 has been a year of one-upping for Jason Day. The talented Australian won his first major at the PGA Championship in August and went on to become the No. 1-ranked golfer on the planet, but were you to ask the 7-time PGA Tour winner what his biggest takeaway from the year was, he would undoubtedly point to Nov. 11.

Day and his wife, Ellie, welcomed Lucy on Veteran’s Day, doubling their brood to two. We got to see a lot of the Days this summer. While Jason was on the course contending for trophies seemingly every single week, Ellie and Dash, the couple’s 3-year-old son, were often found near the 18th green waiting to greet their husband and father at the completion of his round.

Dash is a show stopper, and if Lucy turns out to be anything like her big brother, there might be more action taking place off the course than on it.

9 days ago sweet Lucy came into our world. We are so thankful for this gift from the lord!! @JDayGolf pic.twitter.com/bov7CTHI0L