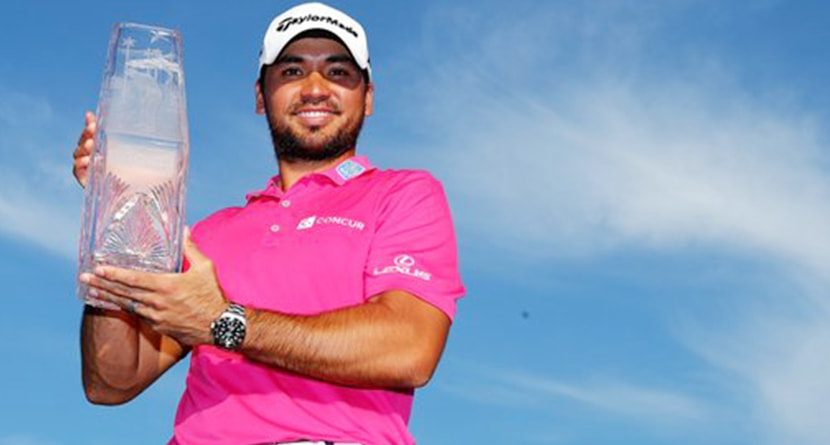 As much as we all wanted it to be, the 2016 Players Championship was never more than a competition for second place. Jason Day took home the “fifth major” with a steady, albeit not spectacular, round of 1-under par 71 on Sunday. Day opened the tournament on Thursday with a 9-under par 63 and never looked like he wasn’t in control.

The final round saw a handful of guys climb the ladder towards Day only to fall back a few rungs shortly thereafter. Ken Duke played the role early in Sunday’s round, hanging tough over the first few holes before loose shots doomed him. Colt Knost, Matt Kuchar and Justin Thomas all made charges only to be kept at arm’s length by the World No. 1.

In the end, Kevin Chappell was the closest thing Day had to real competition and even he wasn’t that close. A 3-under par 69 was good enough for Chappell to claim solo second place and the $1 million-plus runners-up paycheck.

For Day, it was just another notch in his belt. The World No. 1 speaks often about his growing relationship with Tiger Woods and even though Day’s 10 PGA Tour wins are more than most will have in a career, it pales in comparison to Woods’ mark of 79.

That’s what keeps him going and what makes him great. The scariest part of all, he’s starting to dominate like Tiger more recently. Ernie Els’ Six-Putts The First Green At The Masters

Will Wilcox Makes An Ace On The 17th Hole Island Green