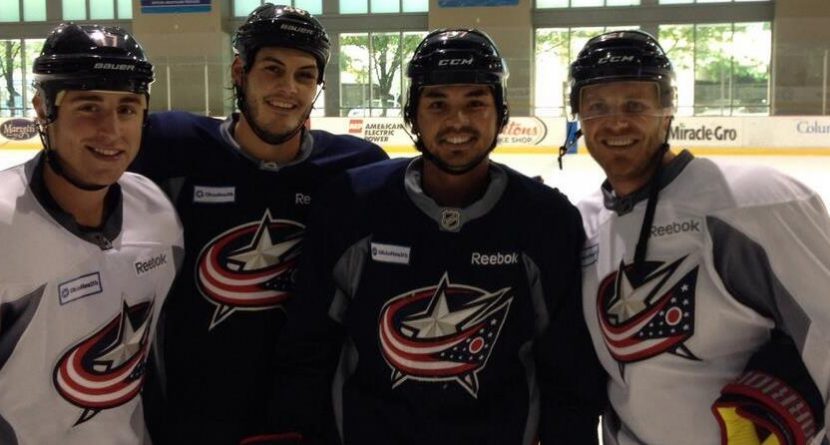 So many professional athletes play golf in their spare time that it’s impossible to keep track of. But what sports do golfers partake in when they have spare time?

A lot of tennis. Basketball for some. Maybe bowling, but primarily non-contact sports like ping pong.

OK, so he wasn’t really playing hockey. He was just skating and taking shots with professional hockey players. But he got to don all the gear and everything. Many people probably find it much easier to slap a hockey puck than hit a golf ball; Day would argue the contrary.

The native Aussie who resides in the Columbus, Ohio, area, has developed a friendship with Blue Jacket defenseman James Wisniewski, who’s a member like Day at Muirfield Village, the club that just hosted the Presidents Cup. While watching Day try to will his International team to victory this past weekend, Wisniewski invited Day out to a team skate.

Thank you to the @BlueJacketsNHL for letting me skate with the boys today. Real appreciation for how good these guys are!