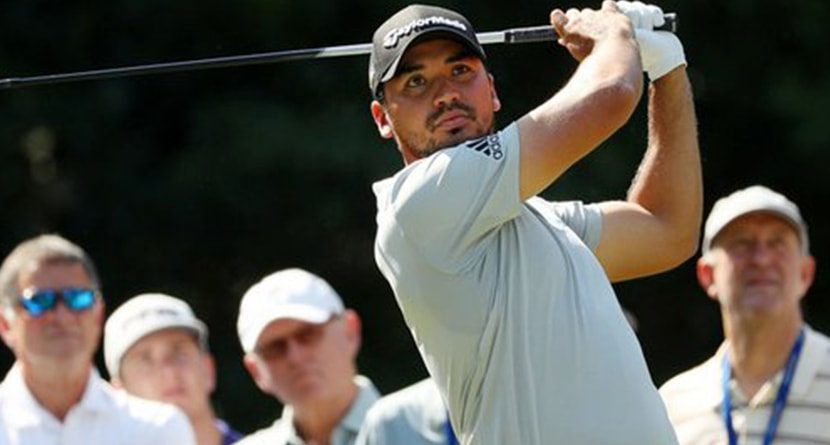 Coming into this week, Jason Day’s best finish at the Players Championship was a T6 in 2011. His best round? A 4-under par 68. The last round he played at TPC Sawgrass? An 81. So, it was somewhat of a surprise that Day bested last year’s Friday 81 by 18 (!) shots to shoot a flawless 9-under par 63 to lead the Players by two after the first round.

On a course that was supposed to take away his power off of the tee, Day hit 15 greens in regulation and was close enough to hitting all 18 that he putted for birdie on every hole. TPC Sawgrass played as easy as it ever has on Thursday, but recent history suggests that the PGA Tour will stiffen the test over the next three days, keeping the 24-under par record safe for another year.

Scores were low at THE PLAYERS, but not that different from recent years. pic.twitter.com/zD2JrEPGw3

Things weren’t so easy for three of Day’s predictive rivals this week. Rory McIlroy and Jordan Spieth could only muster even-par 72s and Adam Scott’s bogey-free (and double-bogey free and triple-bogey free) round was derailed by a quadruple-bogey 8 on the 18th hole, leaving him at 1-over par.