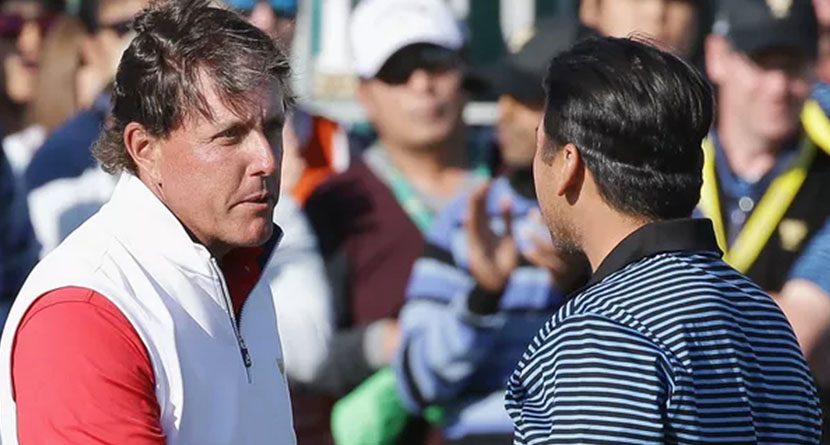 So, you want to be a PGA Tour pro? Well then, your handicap is going to need some work.

One of the coolest things about the United States Golf Association’s Golf Handicap Information Network (GHIN) is that all you need to know to find out someone’s handicap is their last name and the state in which they play. Sure, some of the world’s best players don’t keep a number for the world to see — a Florida search for Woods, Tiger (or Eldrick) returned no results — but a surprising number of PGA Tour players do.

A quick search of PGA Tour pros who play out of Whisper Rock Golf Club in Scottsdale, Ariz. returns that most keep a handicap. Among them are Phil Mickelson, Paul Casey, Geoff Ogilvy and Martin Kaymer. Not to mention there are some Florida big wigs who keep tabs — Jim Furyk and Bubba Watson among them.

Mickelson, for one, can give us a little insight into how he arrives at his handicap: he only posts his rounds from the PGA Tour.

Phil Mickelson is the best. He posts all of his Tour scores to his GHIN handicap. Tuesday money games are for real. pic.twitter.com/OBSE1WsXFB

So, what does this mean? Not much, really, except it’s fun exercise in finding out how many strokes a top player in the world would need to give you in order for you to have a fighting chance. But going further than that, how about some of the top players going head to head?

What about Jason Day and Phil Mickelson, for example? Day doesn’t have an official GHIN handicap, but he does keep his own on an app and Bob Weeks of TSN reports that currently Day’s ‘cap is pretty strong.

Forgot one thing on @JDayGolf He keeps his handicap and includes all his PGA Tour rounds. It’s +8.3

Putting in Whisper Rock’s slope rating (75/145), Mickelson’s course handicap jumps to +7 while Day’s balloons to +11. Day would have to give Mickelson two strokes per side if they were playing straight up. No wonder Day doesn’t play in the Tuesday money games.