Jason Dufner As Thrilled As Can Be With Auburn Upset 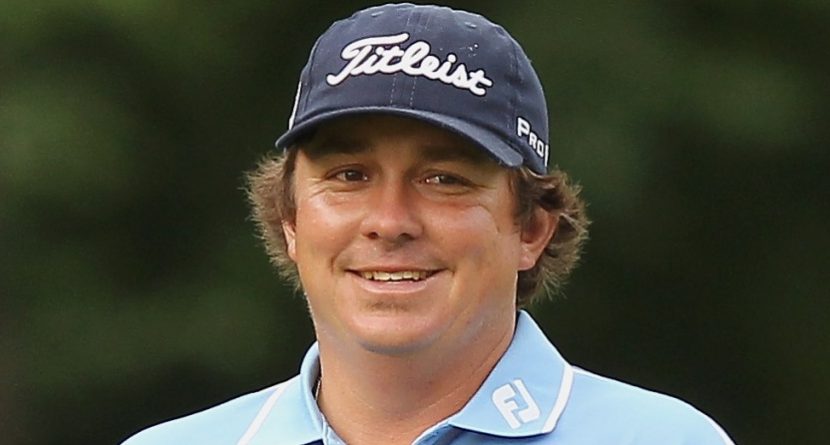 The biggest game of Auburn’s football season took place Saturday, as the No. 4 Tigers hosted No. 1 Alabama. So of course, Auburn’s biggest fan tweeted throughout.

It’s safe to say Jason Dufner was thrilled – well, as thrilled as the perpetually chillaxed Duf Daddy can get – with the outcome. Check out the Iron Bowl highlights, then Dufner’s tweets will make sense.

On Alabama’s poor kicking game (the elephants refer to Alabama):

Worst decision ever by the , no faith in the kicking game??? I will take it.

On Auburn’s 39-yard, fourth-quarter touchdown that tied the game at 28 with 32 seconds left:

Big time play call!!! Sell out on that run, set em up

After the Tigers returned a last-second missed field goal 100 yards for the improbable victory:

Dufner then finished up with a retweet of Justin Timberlake:

That is one of THE BEST football games I’ve ever seen. What a wild ending!! #IronBowl