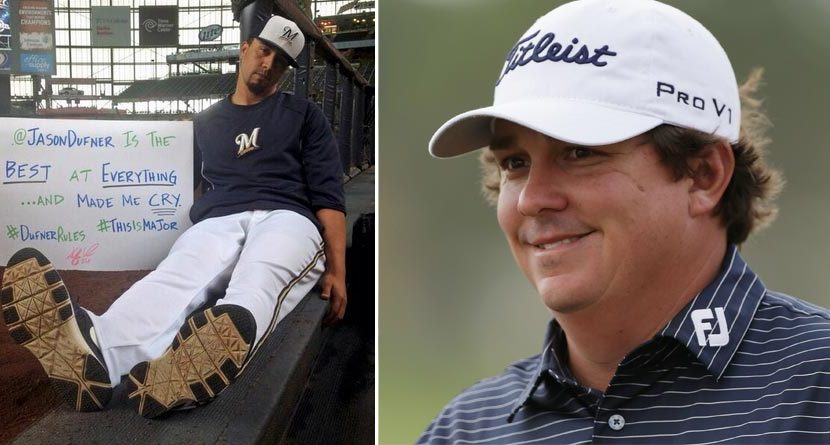 Back in April, Jason Dufner visited Miller Park in Milwaukee to promote the 2015 PGA Championship at Whistling Straits in Kohler, Wisc. While at the ballpark, not only did Dufner leave divots (at least he says he did), but he took on Brewers pitcher Kyle Lohse in a golf challenge around the stadium.

Dufner and Lohse hit four shots each from five different locations, and the winner of the most locations would be crowned the overall champion. The loser had to tweet a photo of himself praising the winner.

The five challenges included two closest-to-the-pin competitions, two closest-to-home-plate, and one long-drive, all within the stadium. Dufner won the challenge 1-up, and Friday, Lohse made good on his debt with a hilarious photo. He also challenged Dufner to a competition that’s closer to Lohse’s wheelhouse.

Hopefully we’ll see a rematch between these two sometime soon, not only to see the competition, but the payoff photo, too.