Jason Dufner Puts Jumbo Back On The Bag At CIMB Classic 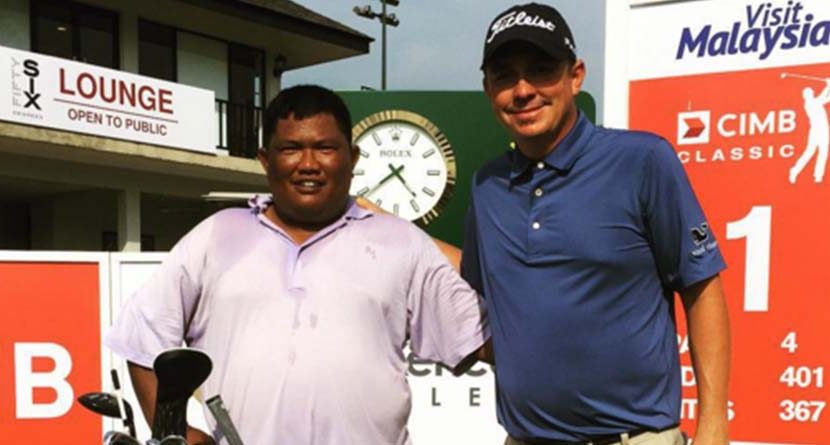 Jason Dufner is in Kuala Lumpur, Malaysia this week playing in the PGA Tour’s CIMB Classic while his longtime caddie, Kevin Baile, is home in Auburn, Ala. enjoying a week off. While Baile is avoiding the sweltering heat and humidity, a familiar face is back on the bag for Dufner, Jumbo.

Couple hrs away from getting started @cimbclassic in KL. Looking forward to big things this week with my boy Jumbo on the bag.⛳️#jumboaintnosmallmatter #wedontgettired #webothsweatingcuhzitshott

This isn’t the first time Duf and Jumbo have linked up to play in the CIMB as Dufner reminded us three weeks ago in a #TBT post on his Instagram page. Jumbo caddied for Dufner in 2012 when the pair carded a top-20 finish. The partnership could also be pointed to as the the jumping off point for Dufner’s 2013 season in which he won his first and, to this point, only major championship.

As for Baile, the week off gave the bagman a chance to head up to Talladega and catch up on some episodes of Dawson’s Creek. Meanwhile, in Asia, Dufner and Jumbo hit the lanes to throw some rocks before the tournament got underway.

On the course, Dufner fired a respectable first-round 69 — 3-under par — to put himself in a tie for 24th, seven shots back of the early leader, Scott Piercy.

If history repeats itself and Dufner is holding a major championship trophy again in 2016, he will only have one man to thank.