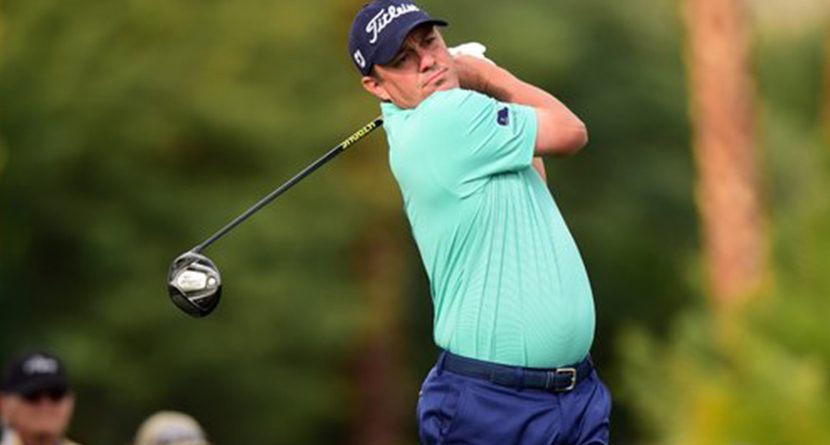 Jason Dufner is in line for his first win since the 2013 PGA Championship tomorrow at the CareerBuilder Challenge in partnership with the Clinton Foundation. Dufner is at 23-under par after playing the troika of courses around Palm Springs in nothing worse than 7-under 65.

After an indifferent front nine at La Quinta Country Club on Saturday, Dufner birdied seven of the nine holes on his back side. He holds a two-shot lead over Jamie Lovemark and a three-stroke advantage over Adam Hadwin.

David Lingmerth and Kevin Na posted the rounds of the day with 10-under par 62s. Both came on the Jack Nicklaus Tournament Course.

Phil Mickelson made a move on Saturday, shooting a 7-under par 65 to get into a five-way tie for fifth place.

“Phil the Thrill” gives the fans a reason to cheer yet again. #QuickHits https://t.co/fAkqoyNOpv

The final round will be on the TPC Stadium Course on Sunday. Coverage begins at 3 p.m. on Golf Channel.