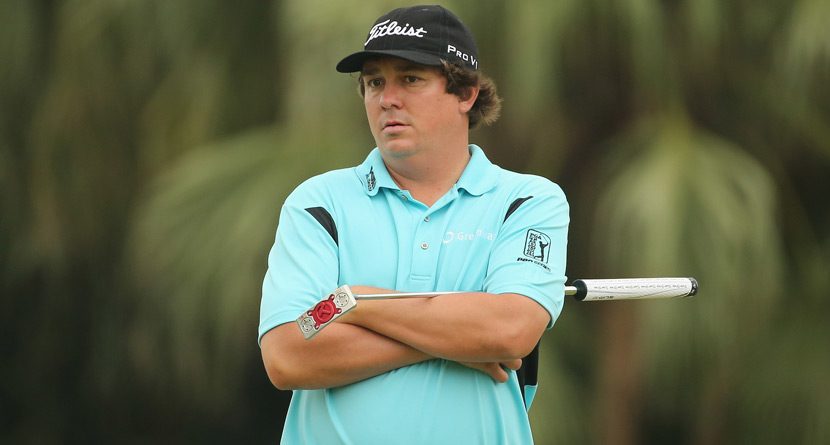 It may have been more than seven months since he claimed his first major victory at the 2013 PGA Championship, but Jason Dufner is still reaping the benefits of that glory.

Dufner was in Wisconsin earlier this week to promote the 2015 PGA Championship at Whistling Straits in Kohler. In typical Dufner fashion, he made sure to take in the sights and even bust some chops on Twitter.

.@JasonDufner Sorry I missed you! Would’ve been fun to have you stop by the ballpark. #Brewers

.@KyleLohse26 @Brewers and sorry I’m not sorry for the divots behind home plate cheers!

Lohse reportedly carries as handicap of 1.3, so it’d be fun to see those two go at it on the links. Who knows? Maybe next year at Dufner’s charity event? Also of note: Dufner’s divots didn’t seem to affect the Brewers too much as they went on to beat the St. Louis Cardinals 5-4 after his visit.

Along with his banter with Lohse, Dufner meet businessman Herb Kohler, did a media tour and made a very interesting friend named “major.”