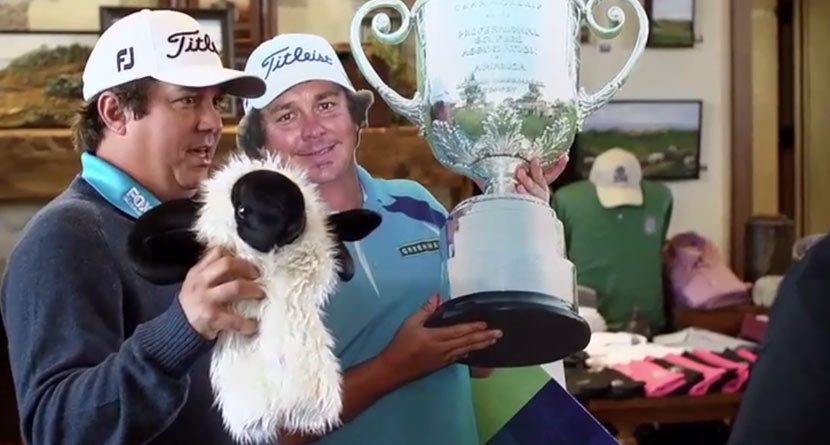 The 2014 PGA Championship has yet to be played, but that isn’t stopping Jason Dufner from planning for the final major of 2015. Being the enthusiastic guy that he is, Dufner is having a hard time containing his excitement for the 2015 PGA Championship at Whistling Straits in Wisconsin, so he’s booking his tee time in advance. Way in advance.

OK, so Dufner may not be the best actor we’ve ever seen, but he doesn’t need to act for this video to be hilarious. That’s the Duf Daddy we’ve all come to know and love, and his impersonation of a sheep at the end makes the video that much better.

Tickets for the 2015 PGA Championship are on sale to the public from August 11-30, 2014, but in order to purchase them, you have to pre-register by August 11. Not even world-famous Internet meme Jason Dufner can just show up at Whistling Straits to reserve his spot that weekend, so act fast and register.