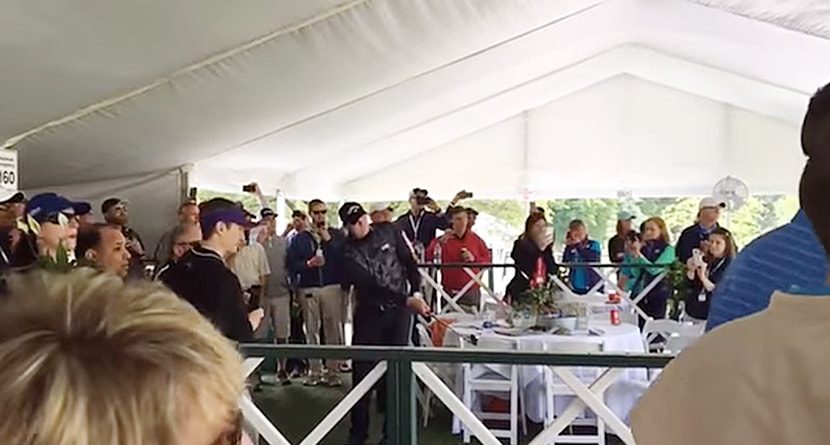 Tour players often use their surroundings to their advantage. If there’s water short of the green, they take their chances hitting it long into the gallery or use a hospitality tent as a backstop. Sometimes, however, those “safety plays” go a little awry as Jason Kokrak found out on Friday at the Wells Fargo Championship.

Playing the 18th hole, Kokrak steered clear of the water guarding the left side of the green by playing out to the right. Unfortunately, Kokrak pushed it a litter further right than he had hoped and ended up on the second floor of a hospitality tent. Instead of taking his drop, Kokrak decided to play the shot.

Kokrak hit the 40-yard shot to 17 feet, but missed the par putt. He would go on to shoot 72 on Friday, but he missed the cut.