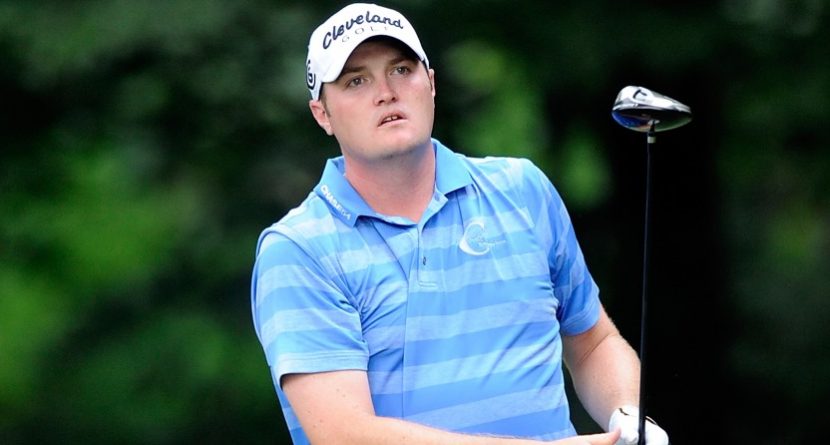 There have been some incredible holes-in-one this year. Peyton Manning hit one; Lexi Thompson and Hunter Mahan won cars for their aces; Miguel Angel Jimenez earned 100 bottles of wine for his; PGA Tour rookie Jordan Spieth sank an ace during a practice round at the Presidents Cup; and a New Mexico man collected $1 million for his hole-in-one.

As far as we can tell, those all occurred on par-3 holes. After all, those are generally anywhere from 100-300 yards, so a manageable distance off the tee.

But on Wednesday, PGA Tour pro Jason Kokrak holed his tee shot on the par-4, 409-yard fifth hole at the Seaside Course in Sea Island, Ga., site of this week’s PGA Tour stop, The McGladrey Classic. He was playing in the pro-am, which is unfortunate because it didn’t count in an actual tournament and no video was captured. But Twitter was there.

Had Kokrak sank his improbable shot Thursday or during any other official round, it would have marked only the second hole-in-one on a par 4 in tour history. The first came at the 2001 Waste Management Open in Phoenix, when Andrew Magee got some help on the par-4 17th at TPC Scottsdale. His ball reached the green, collided with the putter of a player in the group ahead of him, and found the hole.

So yeah, Kokrak’s is more legit.