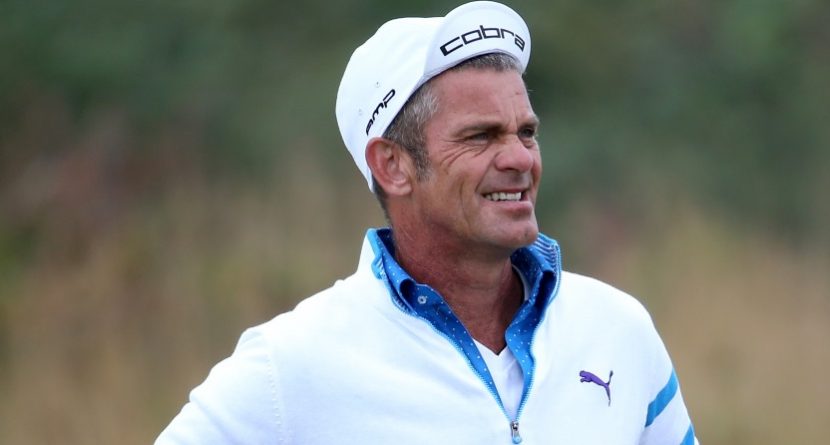 Jesper Parnevik doesn’t play much professional golf these days. His twilight years were the 2000s – the last time he recorded a top-25 finish on the PGA Tour was 2008 and the last time he won an event was 2001.

Luckily, playing golf doesn’t have much to do with starring in a reality TV show. Because apparently, the man who brought the flipped-up hat brim to the golf course will soon be gracing flat screens.

I’m on a tweet standbyuntil the TV show is done.More crazy and nerve wrecking than any major I’v played. 6 fun and chaotic weeks ahead!

Judging by this article on the Swedish Golf Federation website, and translated by Google, it appears as if the show will be filmed at Parnevik’s house in Jupiter, Fla., and involve a cast of characters that often makes their way through his home. Of course, Parnevik is a character in his own right – one of the 10 most colorful players on the PGA Tour, in fact.

And if you follow the 49-year-old on social media, you’d probably agree that getting a TV show sounds about right:

Haha, of all injuries I’v had, this is the most ridiculous!! Broke a rib and had to withdraw from all events this month.

The performance by my sisters and brother in laws made it official. We are a f-upd family…

Only top level PTs use Napa Cabernet in their workout!!

The series will air in his homeland of Sweden – at least at the start.