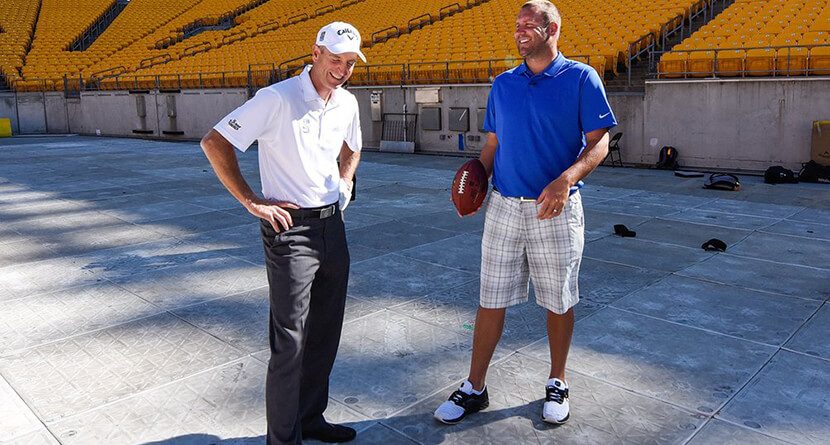 With the U.S. Open being contested at Oakmont Country Club for the ninth time, Pittsburgh professional sports are close to the narrative being trotted out by nearly every outlet covering the event.

Callaway, the marketing geniuses that they are, decided to capitalize on the tangential connection to the Pittsburgh Steelers by having one of their staffers, Jim Furyk — who also happens to be a diehard Steelers fan — head over to Heinz Field to do some trick shots with Pittsburgh quarterback Ben Roethlisberger.

In honor of the #USOpen, Big Ben & Jim Furyk hit @heinzfield for some trick shots.


The video is available at Steelers.com.