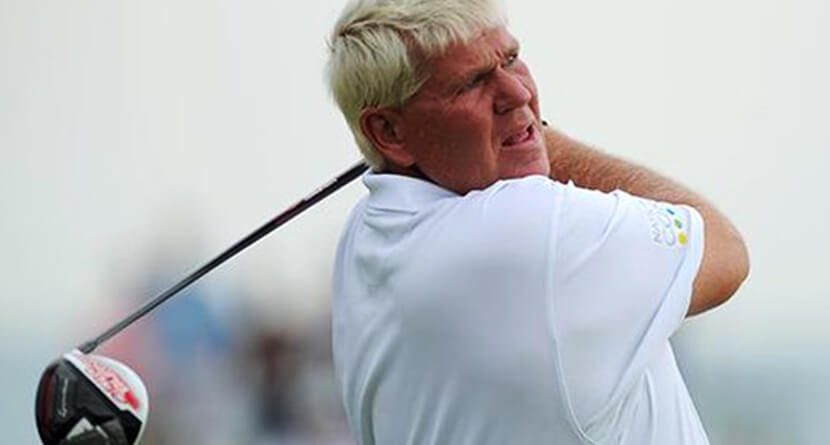 A big part of what endears most of us to John Daly is his propensity for losing it every once in a while on the golf course. Spectacular shots and spectacular blow ups peppered the 50-year-old’s career on the PGA Tour and now, just a few weeks into his PGA Tour Champions career we were treated to a vintage Daly meltdown.

Playing on the senior circuit’s second (of five) major championship of the year this week at the Senior PGA Championship, Daly entered the 16th hole, his seventh of the day, at even par. After finding the water off the tee, Daly found a dry water hazard with this third, where he tried to play it.

The Golf Channel coverage picked up the carnage from there.

Daly would card a quintuple-bogey 9 on the hole and dropped to 5-over par for the day. To his credit, Long John bounced back to play his second nine in 1-under par 35, but he sits at 4-over par for the tournament and in a tie for 126th.

John Daly Lost $55 Million Gambling: ‘I Had A Lot Of Fun’

John Daly Is Auctioning One Of His Claret Jugs