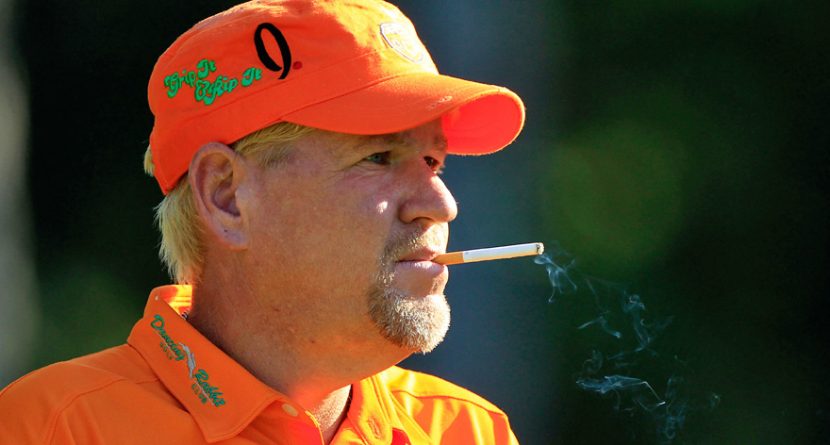 John Daly had a rough weekend on the links, to say the least. During the third and fourth rounds of a Web.com Tour event, Daly fired scores of 82 and 85, respectively, with a 48 on the front nine Sunday. He went on to finish last (among those who made the cut) by 11 strokes, but he did come out on top in a very John Daly-type of way… his amazing pants.

Thankfully, Daly not only made the cut after going into the weekend at 1-under, but he fought through a foot injury, allowing us to enjoy the latest look from the “Book of Daly.” Hooters pants. That’s right. You heard me correctly. Hooters pants.

Daly was spotted rocking white pants with Hooters logos emblazoned on them. He complemented the slacks with a bright orange shirt and orange Puma shoes. The guy just never fails to entertain.