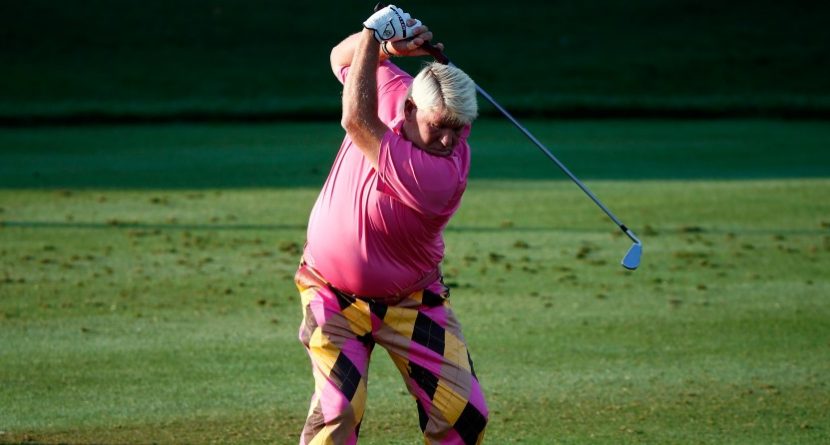 John Daly hasn’t made the splash many had hoped he would on the PGA Tour Champions five events into his senior tour career. Long John has played in five events making four cuts and finishing in the top-15 just once.

However, while JD gets used to playing on the old guys’ tour, it’s good to know that he still has his wild side. Daly went back to Old Faithful this week, hitting a ball out of someone’s mouth.

John Daly with a tee shot out of the mouth of John Berry, Chairman of Downstream Casino #WPS pic.twitter.com/mXry8PMy1U


According to Alan Dunn, the guy who posted the video to Twitter, Daly’s volunteer was John Berry, the Chairman of Downstream Casino.