John Daly Is Auctioning One Of His Claret Jugs 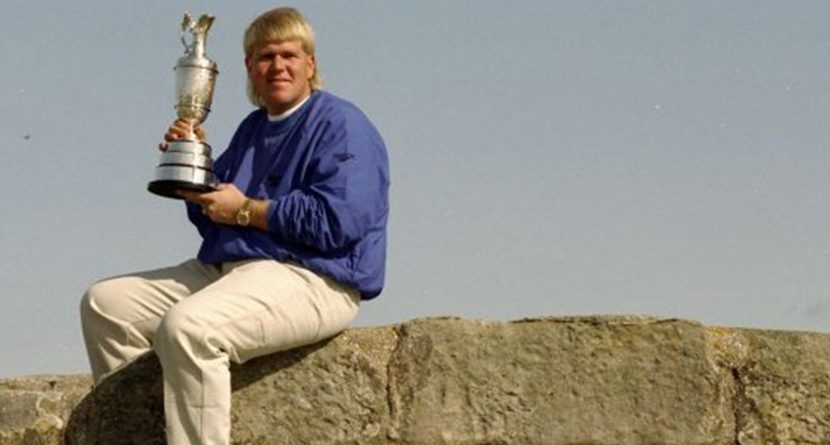 John Daly is selling one of his Claret Jugs, the trophy you get for winning the British Open.

Don’t worry, Long John isn’t one of those guys selling off his most treasured sporting possessions because he’s in a bad way financially. On the contrary, in fact. JD was so happy with his win at the 1995 British Open that once he had to return the “official” Claret Jug to the R&A before the 1996 Open, he purchased a pair of “player” replicas. Green Jacket Auctions explains:

When John Daly won the Open Championship, he did not automatically receive a “Player’s” copy of the Claret Jug, though we do believe that he was allowed to purchase one. Because of the R&A’s difficult and inconsistent rules on Claret Jugs for years, a great deal of past Open Champions have never owned a Claret Jug (the original needs to be returned after the Champion’s one year reign is over). A few years ago, the R&A finally righted this wrong and allowed past Open Champions to finally order “Player” versions of the Claret Jug.

So, despite winning two major championships, Daly had three major championship trophies. He doesn’t need that third one. Actually, he only had it because he thought it was going to be donated to the St. Andrews Museum.

The trophy is up for auction with an end date set for April 9. As of this writing, a bid of just under $16,000 has been made, but according to the site, the reserve has not yet been met.

They say you can’t put a price on winning an Open at St. Andrews, but it appears you can put one on the Claret Jug. (Thanks to Golf Digest for bringing this to our attention.)