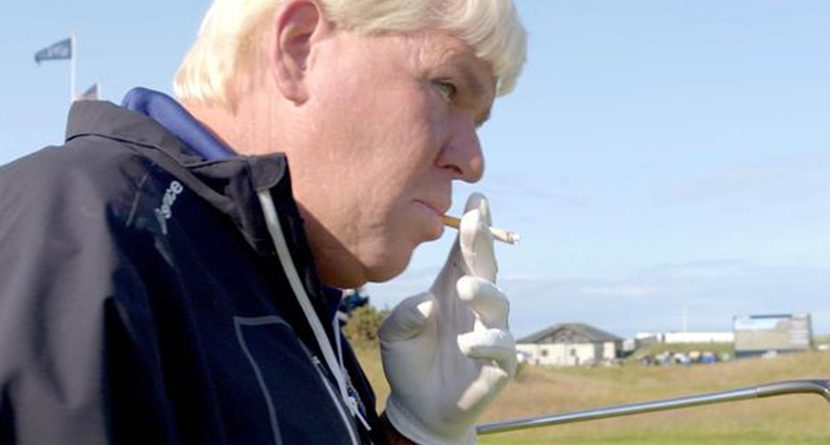 ESPN’s 30 for 30 series is the best thing going in sports filmmaking and they’re finally taking that storytelling mastery to the golf course. We’ve gotten a taste (pun intended) of the story behind The Arnold Palmer, but now it’s official: ‘Hit it Hard,’ the John Daly story is premiering at South by Southwest (SXSW) this March.

The documentary is billed as follows:

John Daly didn’t fit into the world of golf when he burst onto the scene in 1991, gripping it and ripping it all the way to the top. An immense natural talent, he’s had improbable highs on golf’s biggest stages and brutal lows like suspensions, divorces, rehabs and relapses. Through it all, this “rockstar of golf” has remained loved by his loyal fans. HIT IT HARD is a journey into the early years of John’s tumultuous career while also observing him today, two decades after his glory days. The film explores why, despite his myriad mistakes, he’s still so universally loved for being John Daly.

Long John has blessed us with a myriad of memories in the past and at the very least, we’ll get to relive some of the best. Never change, JD.