John Daly Is Still Crushing The Ball On The Senior Tour 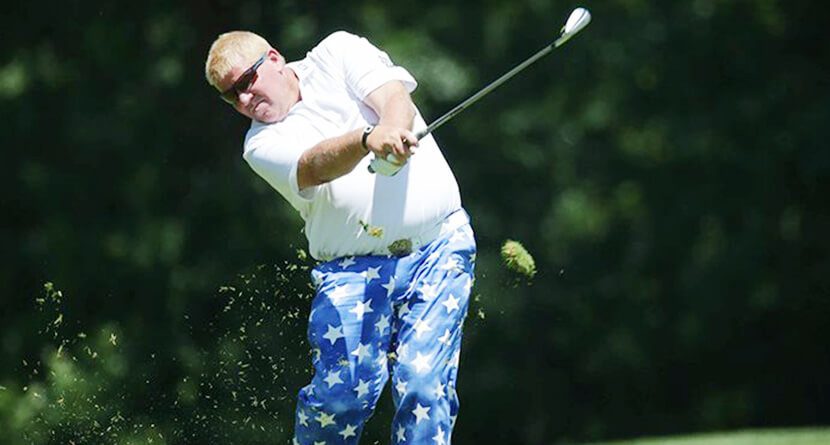 As you get older, you start to lose some of your skills. In golf, the trade of age for experience doesn’t need to be a dramatic drop off because of the “thinking man” nature of the game. That’s what makes John Daly’s journey to the over-50 circuit so interesting to watch.

Long John is a little longer in the tooth, but he’s still got a lot of the gifts that earned him a pair of major championships in his regular Touring days. And arguably, once Daly gets comfortable with life on the PGA Tour Champions, he could definitely be a force to be reckoned with. Case in point: this week at the Dick’s Sporting Goods Open in Endicott, N.Y.

JD showed off multiple times that he still has his biggest gift — his length — with a pair of bombed drivers that led to twp birdies on the last three holes to close out his first round.

John Daly gets back to 4-under at En-Joie. https://t.co/eyjsEraQBf

Those 350-yard drives in the fairway tend to lead to birdies.

Watch out, old guys, Wild Thing may just be on to something.