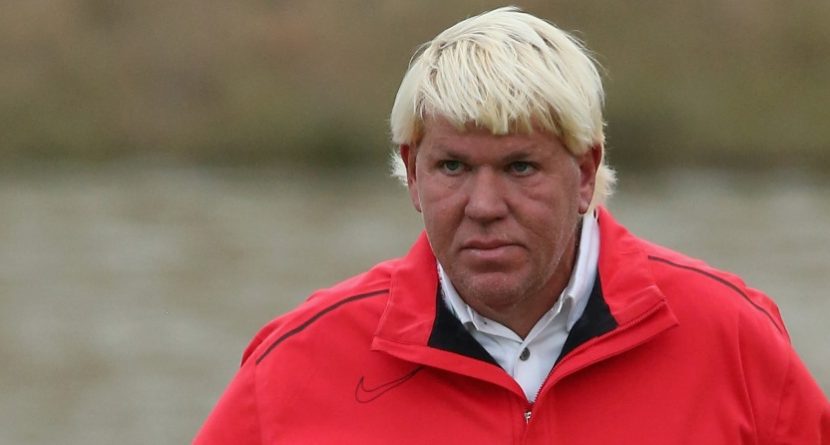 The esteemed John Daly is in South Africa this week for the European Tour’s Alfred Dunhill Championship. The 47-year-old is pretty excited about his second pro tournament since an elbow surgery that forced him to miss much of the season.

He was not as thrilled, however, to venture within striking distance of a Mozambique Spitting Cobra. Daly did have the presence of mind, though, to have his picture snapped while he snapped a picture with his phone.

Lions Den to Snakes Den not a way to get greeted this morn! #mybiggestphobia #snakes #MozambiqueSpittingCobra http://t.co/VVUk2utfe3

Thankfully, the snake did not ruin Daly’s day. His Dallas Cowboys went on the road and fended off the hated New York Giants to stay atop the NFC East.

Meanwhile, the golf tournament gets underway Thursday at Leopard Creek Golf Club near Kruger National Park in northern South Africa. It’s Daly’s first appearance in the country since his heyday in the early 1990s. He’s hoping for a stronger performance than his first event back from surgery, as he placed T-48 last month at the BMW Masters in Shanghai.