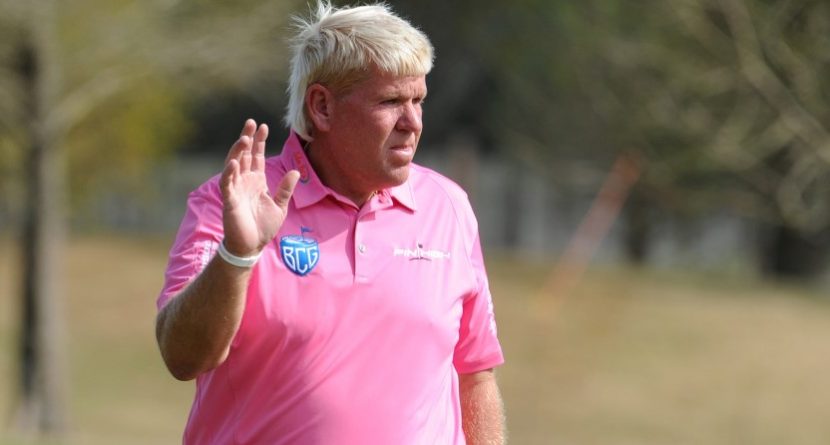 John Daly is currently away from golf as he rehabs from elbow surgery. That hasn’t helped him budge from his world golf ranking of 336th.

But apparently he’s No. 2 in another ranking: least trustworthy athletes.

ESPN.com referenced a poll on Wednesday in which the golfer ranked behind only disgraced track star Marion Jones among athletes least likely to be trusted by the American population. Behind Daly – so apparently a bit more trustworthy – were Manny Ramirez, Lance Armstrong, Michael Vick, Metta World Peace, Pete Rose, Dennis Rodman and Ryan Braun.

Daly? Really? And why isn’t Alex Rodriguez No. 1 here?

Daly’s no saint. His battles with drugs, alcohol, gambling and marriages have been well-documented. But he’s never hidden from his struggles. Daly has always been a what-you-see-is-what-you-get type of guy.

And actually, his far-from-perfect life is what endeared him to thousands of fans in the 1990’s. They saw the trials he endured off the course, and sometimes on the course, and appreciated his resiliency. It led to a very inconsistent golf game, but fans always seemed to be rooting for him. When he was on, he could shoot 12-under to win the 1991 PGA Championship. When he was off, he could card an 18 on the sixth hole of the 1998 Bay Hill Invitational.

Daly hasn’t won on the PGA Tour since 2004 and he finished 151st on the PGA Tour money list in 2012. Yet he’s still attracting sponsors. Polara Golf signed a deal with him in June. And those crazy pants he wears still come courtesy of Loudmouth Golf.

Untrustworthy people lie time after time, and don’t attract sponsors. I’m not saying John Daly has never told a lie, but he’s probably one of the more brutally-honest – particularly about himself – athletes out there. Daly admits to his problems long before he ever has to appear in front of a judge.

He’s far from perfect, but untrustworthy? I don’t get it.

Other Hot Links:
– What Could An iPhone Fingerprint Reader Mean For Golfers?
– The 9: Lamborghini Mercy
– 5 More Things you Need to Know about Inbee Park