Johnny Miller Rips Rory McIlroy For Working Out Too Much 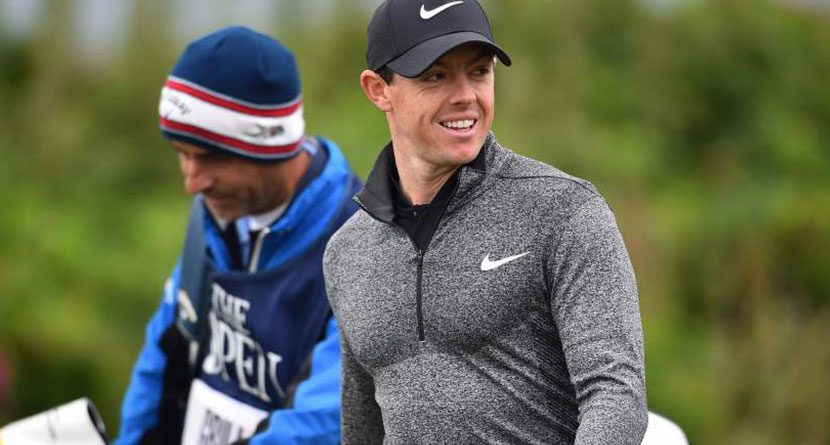 Rory McIlroy has had a rough couple of days. Before he even hit a shot on Thursday at the Open Championship, the four-time major winner was the subject of scrutiny for various comments he made during his pre-tournament press conference. Following a few days of mediocre play that left McIlroy out of contention, NBC’s lead golf analyst Johnny Miller decided that McIlroy’s recent struggles — which include six top-10s on the PGA Tour and a win at the Irish Open last month —  were a result of too much time spent in the gym.

This would be a good time to remind everyone that Miller won exactly two major championships over the course of his career. McIlroy, at age 27, currently has won four.

And then there was this little nugget, dug up by The Big Lead’s Michael Shamburger.

This interview originally appeared in the March, 1982 issue of GOLF Magazine – https://t.co/WxCCdRBRmj pic.twitter.com/Im5gLVoQPD

This wasn’t the first time McIlroy was called out for his fitness regime and likely won’t be the last. Until his body breaks down and causes him to miss majors instead of simply finishing in the top-10 of nearly every one he tees it up in, then we can talk.