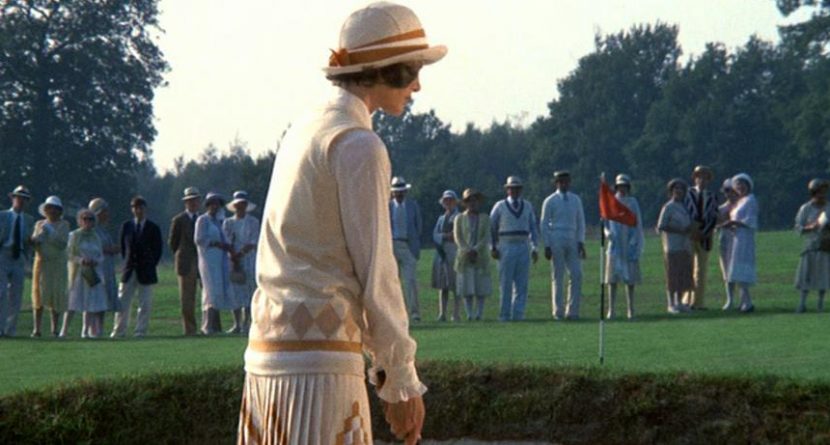 This year you will hear a lot about “The Great Gatsby.”

All fine and dandy, you may ask, but what has this entertainment news got to do with golf?

My answer is simple. If I was to ask you to name your favourite golfer who would you pick? Tiger or Rory maybe? Arnie or Jack? Or possibly Seve? If pushed to name a real golfer I would favour Seve.

But my absolutely all-time favourite golfer? He or she (I’m keeping you guessing here) is a figment of someone’s imagination. Not just anyone’s imagination either, but one of the finest novelists of all time in his greatest piece of work. The author is F. Scott Fitzgerald and, of course, the novel is “The Great Gatsby.”

Yes, yes, yes, it’s a magnificent and haunting tale of love and loss, a doom-laden story of vanity and greed, a novel dripping with flair, beauty and aching melancholy.

But guess what? It’s also got a golfer in it.

And she’s sexy too.

You might ask why, if I insist on picking a golfer from popular culture, he or she doesn’t come from a film or book designed specifically for a golf audience. Perhaps a character from “Caddyshack,” “Tin Cup,” “Happy Gilmore” or the golf novels of P.G. Wodehouse? My response is that they don’t satisfy me – they make too obvious a play for the affection of golfers.

The crucial difference with Jordan Baker is that she is incidentally a golfer — golf does not design her — it’s just something she does, and, crucially, her connections with the sport don’t rely on stereotype, as happens most of the time in fiction on screen or in the written word. Indeed, Fitzgerald barely mentions golf – there are a mere seven fleeting references in the novel – and yet right from the very first mention of the sport it is clear that this will be no lazy short-hand to indicate that Baker is dull and boring.

That may be because the novel was written in the 1920s when lady golfers featured prominently in advertising because ladies playing golf indicated glamour and style. It was also long before the sledgehammer metaphor of the suburban and conservative golfer had become such a cliché.

But it is refreshing nonetheless: “For a while I lost sight of Jordan Baker,” writes the novel’s fictional narrator Nick Carraway, “and then in midsummer I found her again. At first I was flattered to go places with her, because she was a golf champion, and everyone knew her name.”

Later in the novel there is a key moment: Baker is not an unusual character in the book, she is typical in that she is an essentially vacuous creature, for all her attractions, and it is golf which provides Carraway with the crucial insight into her genuine character.

“She left a borrowed car out in the rain,” he explains, “and then lied about it – and suddenly I remembered the story about her that had eluded me.”

Despite becoming enchanted by Jordan, there remained an itch that waited to be scratched – and now finally it was: “At her first big golf tournament there was a row that nearly reached the newspapers – a suggestion she had moved her ball from a bad lie in the semi-final round. The thing approached the proportions of a scandal – then died away. A caddy retracted his statement, and the only other witness admitted that he might have been mistaken.”

Jordan Baker was a cheat.

In that simple action her moral fibre – or lack of it – is revealed. Carraway had been dazzled by her, but now is reminded to be cautious.

I like that golf is used in this way, but I also like how the description is also a rather prescient account of cheating in the sport. Because golf can be incredibly smug about its apparently inherent honesty. If a player ever calls a shot on himself it is the sport as much as the player which is praised. And yet, at the same time, just as Jordan’s cheating was hushed up, golf – honourable, honest, sincere golf – somehow manages to keep it all its cheating scandals under wraps, as if the authorities – and “golf” – wishes to pretend it doesn’t happen.

Whatever, Jordan Baker is seductive and beautiful, and so much about her seems grand and alluring to Nick Carraway. Yet she is also duplicitous and untrustworthy; her attractions a mirage. And golf is key to his eventual understanding of that.

If and when you watch a Gatsby production this year remember the golf. It may only be brief, but it matters, and it is the subtle quality of its appearance which makes me appreciate Jordan Baker.

That, and the fact I fancy her of course.