Jordan Spieth And Bill Murray Team Up At Colonial Pro-Am 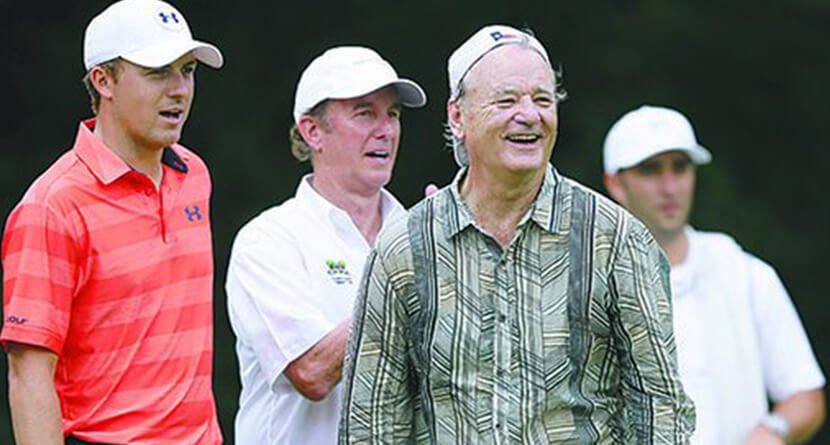 Jordan Spieth has had a tough go of things recently. It’s been months since he last won on the PGA Tour. He hasn’t won a major championship in almost a year and he’s barely made $2.8 million in on-course earnings this season.

Okay, so things could be worse for Spieth, but for a guy who has set a precedent for himself as lofty as the 22-year-old Texan, 2016 has been a bit of a letdown.

Back in his home state for the second consecutive event, Spieth may have gotten a boost from a Wednesday Pro-Am partner, of all things. When Spieth turned up at Colonial this week he found out Bill Murray would be his partner in the weekly contest.

With so much pressure — both internally and externally — on Spieth, a round of golf with the most recognizable and funniest greens keeper in the history of the game could only help, as he told the Fort Worth Star-Telegram.

“I think so,” Spieth said. “I’ve played a few holes with him a couple of different times. I consider him a friend. Every time we see each other, we come up and have a talk. It’ll be a lot of fun. I was really excited to hear about the pairing. It’ll keep things really light today. I’ve seen this course plenty of times. It’s not like I’m out there really trying to grind. It’s more to get into a rhythm and feel like I’m putting some good swings on it and getting adjusted to the golf course. If I can have a really good time doing so on a Wednesday, it will be a lot of fun … This one’s certainly different having Bill. I’ll try and hold back on the Caddyshack references today.”

As for Murray’s part, he put on a show. And his pick to win this? A “wild mustang” by the name of Spieth.