Jordan Spieth Bounced Back From The Masters Quicker Than We Thought 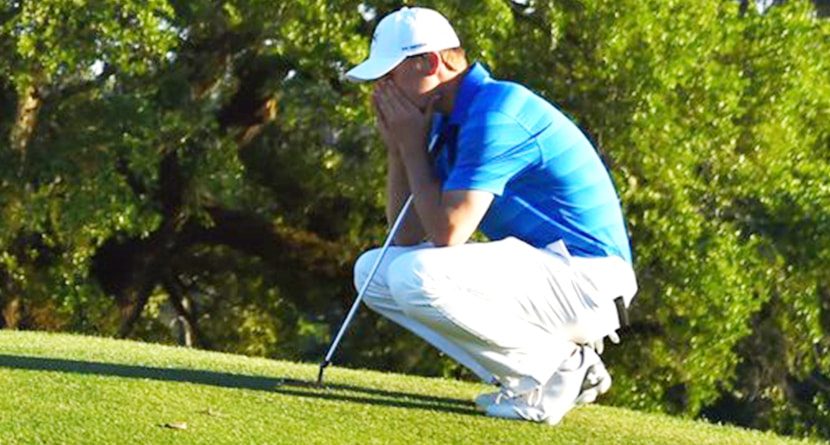 Jordan Speith met with the media this week for the first time since walking off of the property at Augusta National last month. With some down time to recover from his back-nine meltdown, Speith showed up in the media center with the whole fiasco behind him.

Or so he thought.

Spieth was peppered with questions about how he’s handled the loss, how he has recovered and even when he’ll recover, as if he hasn’t already. After repeatedly confirming multiple times that he was over what happened at the Masters and it all boiled down to one bad swing at the wrong time, Spieth seemed to get a little annoyed.

Spieth: I don’t think I have anything to prove. #PGATOUR https://t.co/RHDkCgTbJO

Little did we know just how quickly Spieth put the hole behind him. Coming off of the 12th green after holing out for 7, Spieth turned the tables on playing partner Smylie Kaufman on the very next tee.

“I said, ‘Smylie, whose tee is it?'” Spieth remarked on Wednesday at the Players Championship. “Then I smiled at him.

“I mean, what else is there to do? Break a club? It already happened.”

“He almost convinced me that it was him,” Kaufman said, even though he had beaten Spieth by five shots on the hole. “It was him the entire round. I was like, maybe it is you. I don’t know.”

It only took Spieth a few seconds to get over the initial sting of the quadruple bogey and then a few days afterwards to move on completely. Something tells us that he’s going to be just fine going forward.