Jordan Spieth Cracks His Driver The Day Before The Masters 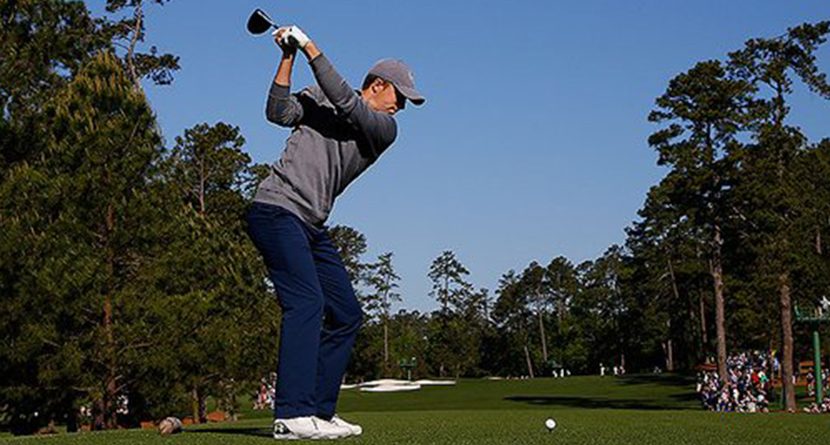 As if defending the green jacket wasn’t tough enough already, Jordan Spieth will have another obstacle in his way when he tees off on Thursday at Augusta National. Spieth relayed at the Golf Writers Association of America awards banquet on Wednesday night that had cracked the face of his Titleist 915D2 driver during his practice session earlier that day.

Reporting for Golf Channel, Tim Rosaforte said Spieth believes his back-up driver is better than the one he had been using to win his two major championships in 2015. However, that begs the question that if his back-up was better, why was it still the back up?

Spieth definitely has an advantage over players who faced similar situations in the past due to the technological advances in club design. When the club head cracks, Spieth only has to replace that piece. Adjustable driver heads allow for the shaft he had been using to be switched onto a new driver head in seconds.

Along with his coach Cameron McCormick, Spieth dialed in his new stick on the range following the Par-3 contest on Wednesday afternoon. It would stand to reason that given the technology available to him, the driver switch should be a non-issue, but that’s not always been the case for Spieth.

Brendan Porath at SBNation pulled an Associated Press piece from 2014, the last time Spieth cracked the face of his driver.

Jordan Spieth revealed at the Tour Championship that he has been looking for the right driver for the last four months.

He said the driver he had used the last two years cracked on Wednesday of The Players Championship, where he shared the 54-hole lead with Martin Kaymer. He said he has tried a couple of new heads and can’t seem to get the right combination. And he said he hasn’t had time to try the latest driver from Titleist.

Spieth, who makes his Ryder Cup debut next week, said he has lost 20 percent in driving accuracy since May.