Jordan Spieth Flipped Out During The First Round Of The U.S. Open 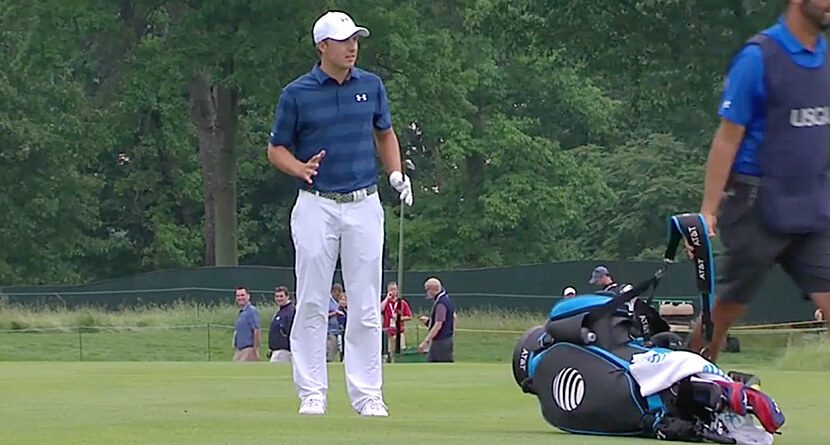 We know that the U.S. Open is the ultimate test of patience and perseverance. Bad breaks are going to happen to everyone, it’s only a matter of how you react and respond.

During the first round at Oakmont on Thursday, Spieth was just one of many who were perplexed and annoyed with the Henry Fownes-designed course. After taking on rain and one weather suspension, Spieth hit was looked to be a great shot into the par-4 17th green.

And then this happened…

To add insult to injury, the USGA blew the weather horn before Spieth could hit his bunker shot, giving him the length of another delay to stew over the bad break.

The mini blow up was representative of a tough day for Spieth who was already worked up coming back out to the course following the first weather delay after not being given the opportunity to warm up, a concern he voiced to playing partners Zach Johnson and Bryson Dechambeau.

The world No. 2 completed 12 holes during the first day of the event, playing them in 1-over par.