Jordan Spieth Gets His Groove Back At Colonial 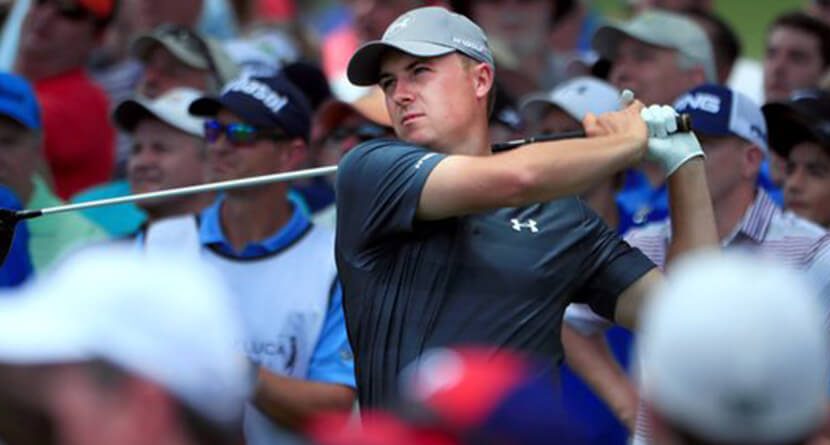 For the second time in two weeks, Jordan Spieth is in position to get his first win since the Hyundai Tournament of Champions at the Dean & Deluca Invitational. A Sunday 74 doomed Spieth last week at the AT&T Byron Nelson, a week that saw the 22 year old patching together three sub-70 rounds with duct tape and chicken wire before unraveling in the final round.

Three more rounds under par this week have Spieth in a similar position, although the defending U.S. Open champio is far more in control of his game down the road in Fort Worth.

Spieth holds the 54-hole lead at 12-under par, one stroke better than Webb Simpson and Colonial Country Club member Ryan Palmer. Harris English, Martin Piller and Kyle Reifers are two strokes back of Spieth at 10-under par and Jason Dufner is alone at 9-under par. If Spieth holds serve on Sunday, it will be the first time since 2009 that the 54-hole leader closes out the tournament and Spieth’s first professional win in his home state.