Jordan Spieth Gets Pelted By Errant Shot From Amateur 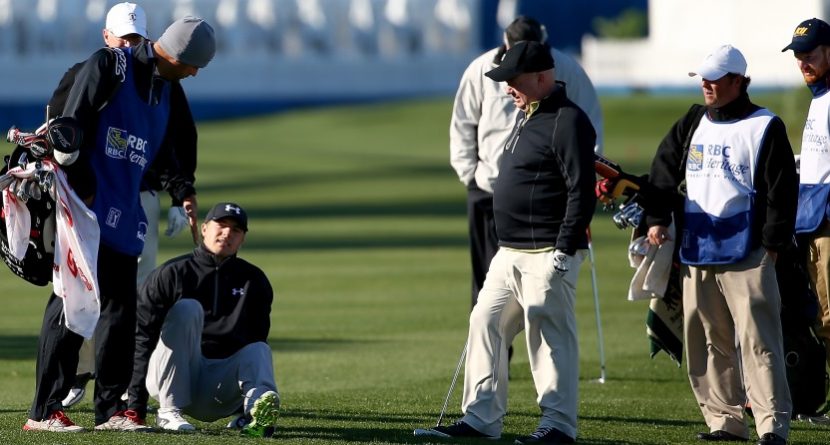 Fueled by the notion that he had the Masters title within his grasp on Sunday, Jordan Spieth is taking no time off this week. He’s in Hilton Head Island, S.C., for the RBC Heritage at Harbour Town Golf Links.

The 20-year-old took part in the event’s pro-am Wednesday, which means he played with people much older than him and much worse than him at golf. To wit, one of his amateur partners shanked a wedge shot on the 18th fairway and caught Spieth in the back of his left calf. Spieth was OK, but snuck inside the clubhouse to pop some Advil prior to playing the final nine holes.

“He felt really bad, but I kept telling him that I’m fine,” Spieth said of the amateur.

These past few days have really taught the kid how to toughen up.