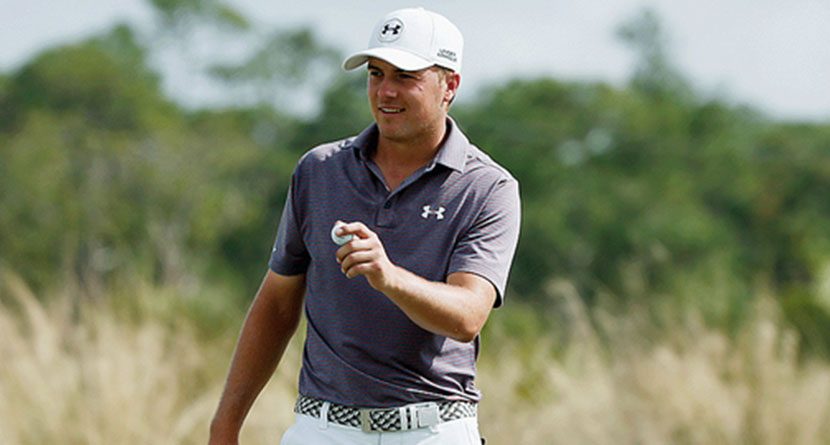 Before Jordan Spieth jets north to Augusta for every golfer’s dream of a “vacation,” the World No. 1 put himself into position to grab one more victory in 2015, tying Jimmy Walker and Bill Haas for the 36-hole lead at the Hero World Challenge.

Playing alongside Brooks Koepka — who jumped out to the early second-round lead thanks to a 5-under stretch over his first seven holes of the day — Spieth bided his time, shooting a solid front nine 34, 2-under par. On the back, Spieth jumpstarted his round on the par-5 11th.

Jordan Spieth leads at the Hero World Challenge. Here’s the eagle at No. 11 that helped him get there. #QuickHits https://t.co/UoA9JCIY5f

Spieth would add back-to-back birdies on 13 and 14 to get to 11-under par for the tournament.

Also tied for fourth and one-shot back was Bubba Watson. Again, the two-time Masters champ was able to beat a course that he finds too tough, thanks in large part to his creativity and skill around the greens. (Bonus: Spieth was on the call.)

Deeper down the board, Dustin Johnson (-7) nearly gave the event its second ace of the week, this time on the par-3 17th.

13 of the 18-man field are within six shots of the lead heading to moving day. Tee times on Saturday have been moved up due to the threat of inclement weather.