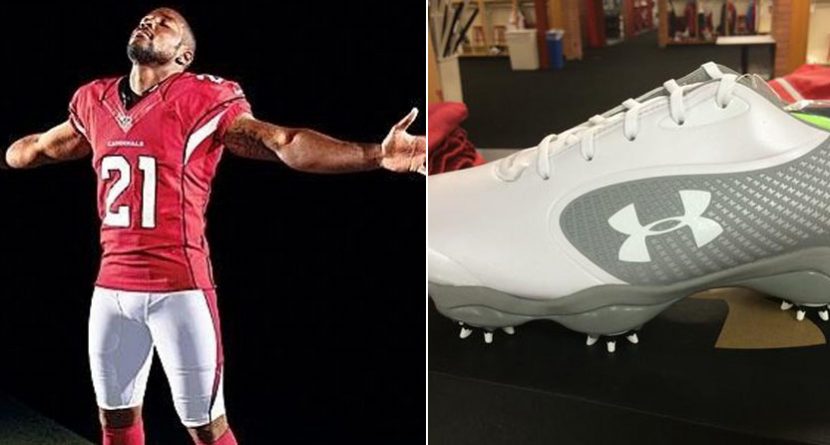 Thanks to his connection with UA, he got hooked up with some sweet new golf spikes via fellow brand staffer and golfing phenom Jordan Spieth.

Peterson took to Twitter to show off his new spikes courtesy of Spieth:

Shout out to my fellow @UnderArmour Team member @JordanSpieth for the exclusive pair of Go… http://t.co/vy331hu4vo pic.twitter.com/t545XuX0Vs

Like so many athletes, Peterson enjoys spending time on the links when he’s off the field. With the Waste Management Phoenix Open being held last week just down the road from where he plays, Peterson made sure to stop by and check out the festivities:

Surely the new kicks will help the game. Hopefully for Peterson, he can set up a tee time with Spieth in the future for a couple lessons, too.

Related Link: Lydia Ko Is No. 1 At 17 & Walter White Returns