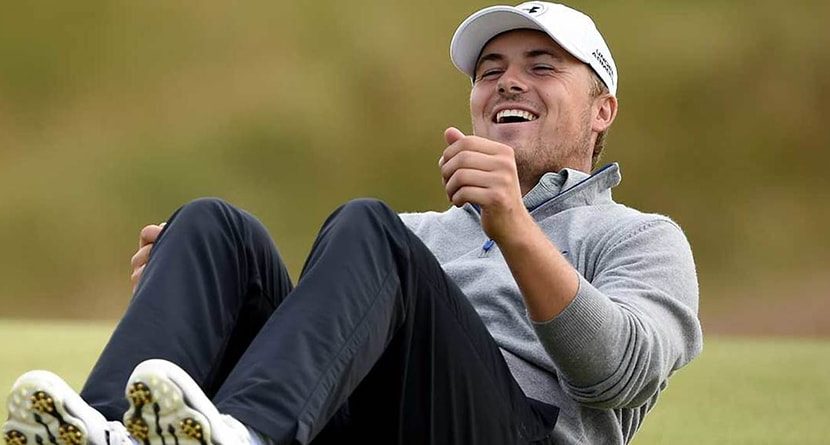 Time heals all wounds, even those caused by a Masters Sunday collapse.

Speaking for the first time publicly since losing to Danny Willett at Augusta National last month, Jordan Spieth said that he’s over his Masters meltdown. He’s so over it, in fact, that he can laugh about what happened on the 12th hole.

Via The Sporting News:

“I’m not taking it very hard,” he said. “I’ve got ladies at grocery stores coming up to me, putting their hand on me going, ‘I’m really praying for you. How you doing?’ I’m like, ‘My dog didn’t die, I’m doing OK.’

“I’ll survive. It happens. It was unfortunate timing, but actually I laugh about it now. I really do.”

“It’ll keep coming up. I understand that. It’s tough every time it comes up. It was very tough to go through,” Spieth said.

“At the same time, I’m very fortunate that I now have a couple of major victories that I can draw on.

“Our team can draw on the wins and that’s what we’re going to do.”