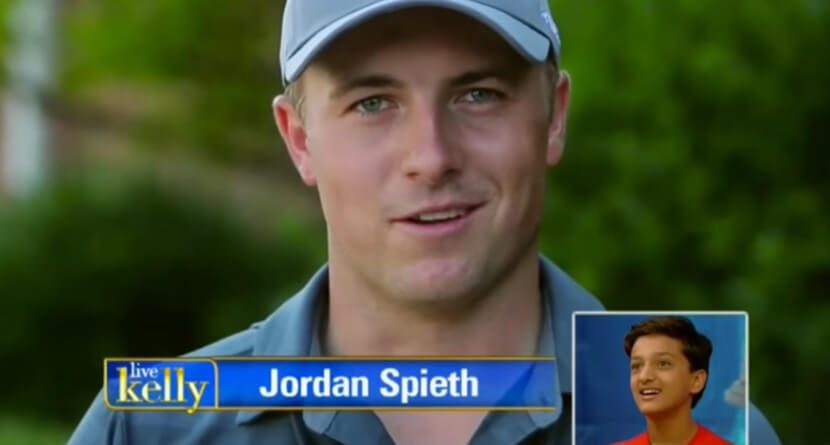 Jordan Spieth is transcending golf like no one has since Tiger Woods. In his prime, Woods would inspire people of all walks of life by simply going about his business on the golf course. Now, Spieth has taken over that mantle.

These days, the only thing Spieth really needs to spell correctly is his name as he signs the checks he’s depositing into his robust bank account. So it may seem a little out of left field that the 22-year old two-time major champion is an inspiration to Jairam Hathwar, one of the co-champions of this year’s Scripps National Spelling Bee.

As a guest on Live With Kelly, Jairam explained what he likes so much about Spieth.


“I’m a big fan of professional golfer Jordan Spieth. He’s only (22) years old and he’s taking on these ‘veterans’ and showing that it doesn’t matter how old you are, you can still put in the effort and do well.”

The kid’s pretty smart. And to add to the whirlwind that comes with being a Spelling Bee co-champion, Jiram got another surprise from Spieth himself.

The Barclays, the first leg of the FedEx Cup Playoffs, is the closest Tour stop to Jairam’s hometown of Painted Post, N.Y. and will be played Aug. 25-28.