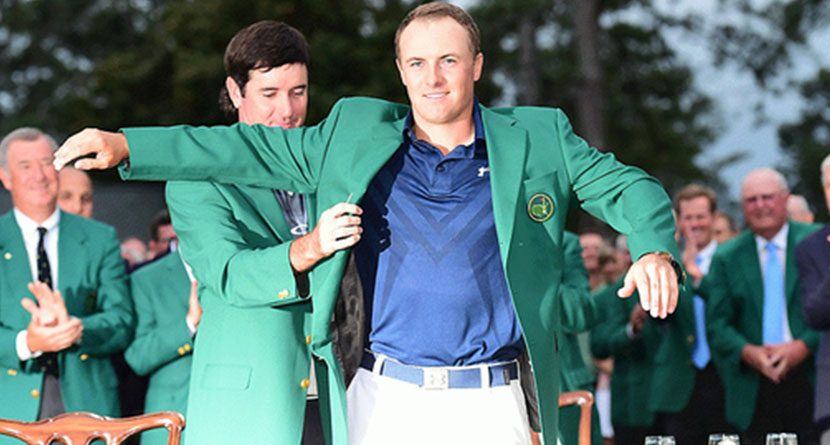 It’s been a long and successful year for Jordan Spieth. In 2015, the 22 year old had five wins, including a pair of majors, a run at the single-season Grand Slam, won Player of the Year on the PGA Tour and earned an extra $10 million as the FedEx Cup champion. So, if anyone deserves a vacation, it’s him.

But because he’s Jordan Spieth, his options for vacations may be a little more accessible than yours.

Spieth’s foursome will be filled out by his father, Shawn, and his manager, Jay Danzi. As per Augusta rules, each group must have a member. AT&T CEO Randall Stephenson satisfies that regulation and will be the group’s fourth. Even if Spieth has played the course innumerable times, the same may not be applicable for Danzi.

“You can probably feel Jay’s excitement right now,” Spieth told reporters after the first round of the Hero World Challenge. He also said he plans to bring the green jacket to wear around the clubhouse.

The trip is sure to be a special one for the player and his circle, but it will be tough to top the Augusta-Pine Valley double Spieth and swing coach Cameron McCormick tackled in October of 2013.

Golf day to remember today. Pine Valley is incredible! The 18th is just one of the many amazing views @@CMcCormickGolf

The back nine at Augusta this evening. Only group on the course. Heaven on earth. @@CMcCormickGolf