Jordan Spieth Is Tired Of Talking About His Masters Meltdown 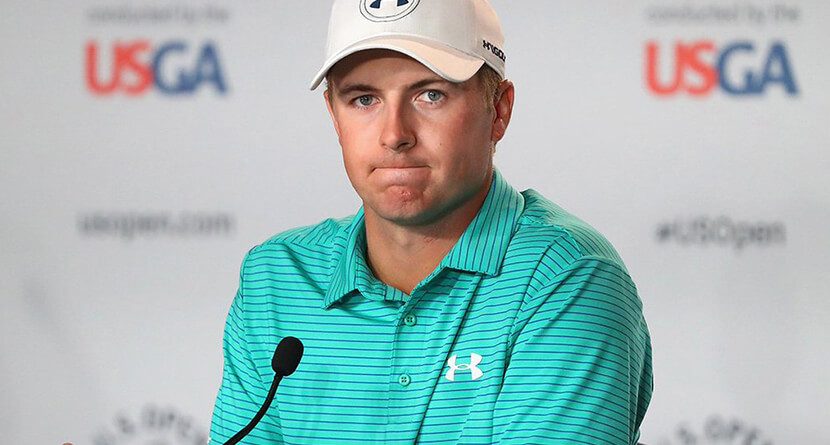 For a guy with two majors to his name — including the one he’s defending this week — as well as six other PGA Tour wins at 22 years old, Jordan Spieth has had to answer a lot of questions about one of the tournaments he didn’t win: the 2016 Masters.

Three months and a victory at Colonial later, Spieth still faced the media on Monday at Oakmont ahead of the U.S. Open and had to talk about the 12th hole meltdown that eventually cost him a second green jacket.

Spieth seems tired of talking about it.

Q. You talked about dissecting, and we dissect things. How did you dissect, or have you dissected No. 12 at Augusta?

JORDAN SPIETH: I’ve said it many, many times, that it was just a mis-hit. I wasn’t trying to hit it at the hole. I was trying to hit it left of the hole, and I hit it a little thin off the heel, which was my miss that week. You can miss it short right on 16 of the 18 holes at the Masters, and 12 and 13 are the two that you can’t. Just happened to be that one swing there that my body started a little before my hands. From there, I probably should have gone to the drop zone, but I wanted to get a full wedge and made full contact. So two badly timed swings.

Q. From there, how do you move on?

JORDAN SPIETH: I did move on. I moved on. We went and won, and I think that was really big for us to actually win a tournament. Not just contend, but to actually close one out, and so now I can draw back on those last few holes, the pressure that I felt and the speed control and kind of the control of the ball to the most minute detail, which comes down to short game that we had at the end there. So honestly, I think it’s out of our heads now just from that one experience at Colonial.

A win at Oakmont this week would quiet all the narrative-spinning coming from the press. And it’s pretty much set in stone that if Spieth has a lead on the back nine this week at the U.S. Open, imploding and making a quadruple bogey won’t be in the cards simply from a media relations perspective.