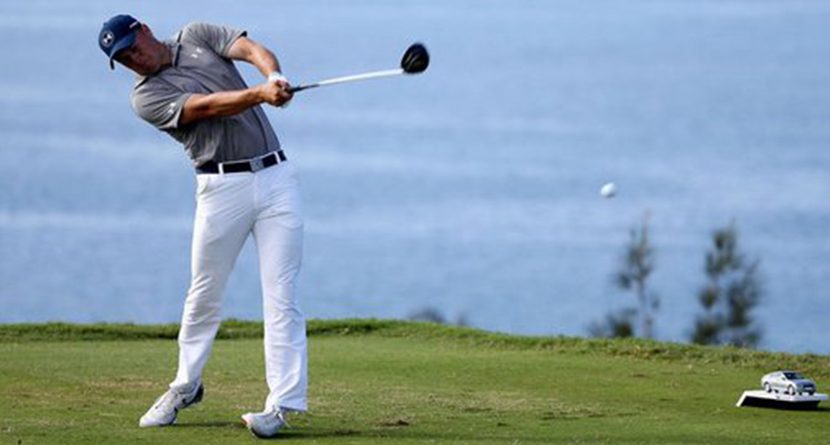 Now that Jordan Spieth can laugh about what happened at the Masters last month, he’s set his sights on his next target: the U.S. Open at Oakmont.

Speaking Tuesday at the FedEx St. Jude Classic media day, Spieth laid out his schedule for the next few weeks and gave a peek inside what his preparation for the U.S. Open has entailed thus far.

Q. I wanted to confirm, you had never been to Oakmont before, and the four guys that went on the buddy trip, I think all of them had for a good reason wanted to unwind, you more than anybody. Just talk about what that trip did for you guys and how it felt for you.

JORDAN SPIETH: I have not been to Oakmont. I’ll be seeing it for the first time tomorrow, tomorrow morning. Looks like we’re going to get a great day. I’ve heard it’s‑‑ people sometimes say it’s more challenging even‑‑ “they have to slow the greens down for the U.S. Open,” I think is the line that they use there, the members use at Oakmont. So it will be a really fun day. I haven’t been there. Obviously very excited, as one of the great golf courses in the United States. It’s a bucket lister for me, so it’s very exciting to play there tomorrow.

Although he expected to get over to the U.S. Open venue on Wednesday, Spieth was able to sneak in a twilight nine holes at one of the most famous courses in the world, capping off his round in style.

This is how @JordanSpieth 9-hole practice round ended at 18th green in near dark at Oakmont! More @GCMorningDrive pic.twitter.com/MIsrfMHYy1

Spieth will begin playing himself back into form next week at the Players Championship. Then, he’ll tee it up at the Byron Nelson and Dean & Deluca (Colonial) in Texas before heading to Dublin for the Memorial. A week break after Jack’s tournament and Spieth will be defending his second major championship of 2015.