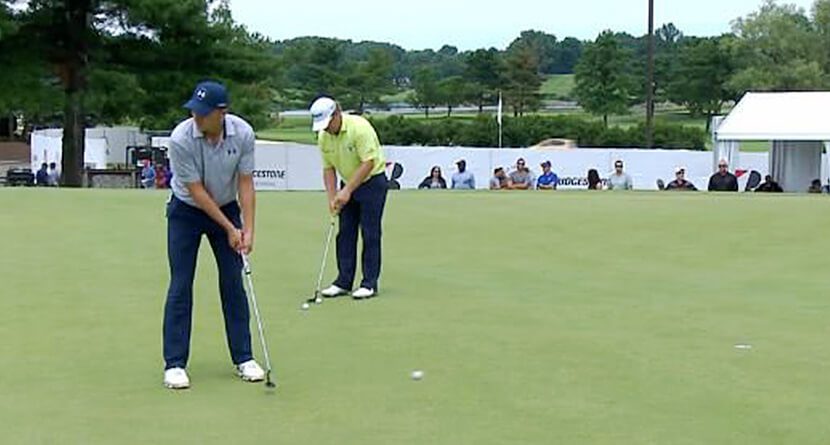 Jordan Spieth is statistically one of best putters in the world. And arguably, those stats can’t measure the pressure he’s under nor the clutch nature of some of his hole outs. So, to call Spieth simply the best on the planet wouldn’t be too far of a stretch.

When you’ve got complete control of the flat stick like Spieth does, there’s little need to look at the ball, or even the hole for that matter. What makes it even more impressive is when Spieth goes all Shooter McGavin like he did on the practice green before the final round of the WGC-Bridgestone and shows the fans “how they do it in the pros.”

Thankfully, the good people at North and West Coast Links Golf in Ireland mashed the two together for an epic Facebook post.