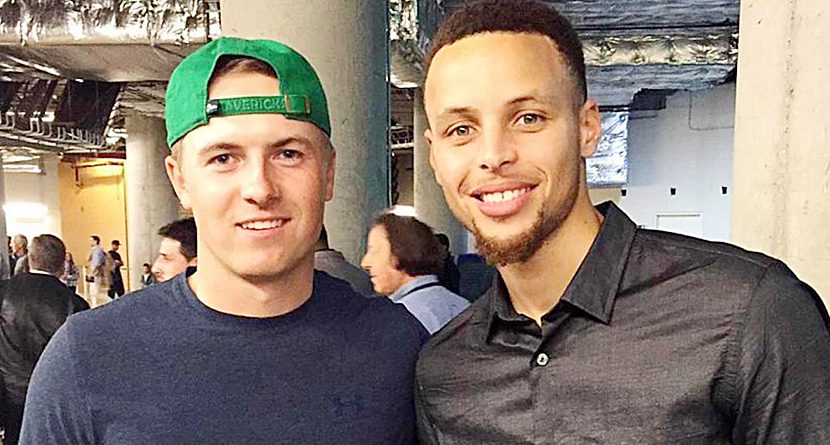 It’s hard to believe that two of Under Armour’s biggest pitch men had never met, especially considering that one is the best golfer in the world and the other is the best basketball player in the world who just so happens to be obsessed with golf. But that’s where Jordan Spieth and Stephen Curry were before Friday night’s Warriors-Mavericks game.

Spieth, not playing this week at the Arnold Palmer Invitational, was in attendance when the defending NBA champs came to his hometown to play the Mavericks and got a chance to catch up with his Under Armour brethren before the game, but not before he was left hanging as Curry took the floor.

Curry didn’t see @JordanSpieth sticking out his hand as he jogged onto the court to ooohs. pic.twitter.com/BsIyqR2uqA

The two eventually caught up before the tip and again after the game, where they set the stakes for some golf this summer. Spieth’s giving Curry five shots.

We know Curry’s a good player, but he’s right, Spieth is definitely shorting him.

Solid win tonight in Dallas. Finally got to chop it up with my #UA family @JordanSpieth. Inspiring guy! We agreed on 5 shots when we get to play this summer. He’s definitely shorting me but it’s all good. #IWill