Jordan Spieth Picks Up Where He Left Off, Wins Hyundai Tournament Of Champions 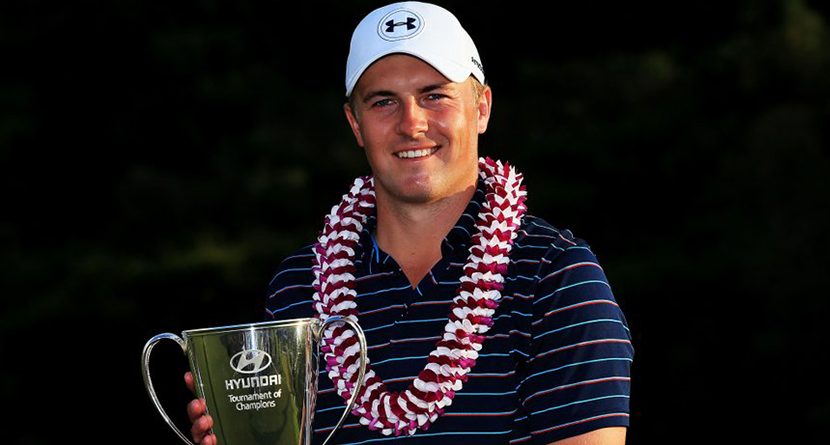 There are times when superlatives fail. Jordan Spieth’s eight-stroke victory at the Hyundai Tournament of Champions on Sunday was one of those times.

The 22-year-old Spieth reached 30-under par with a birdie on the 72nd hole to cap off an impressive start to 2016, besting Patrick Reed by eight strokes and playing partner Brooks Koepka by nine in a historic performance.

Spieth entered the final round with a five-shot lead, but it was trimmed to as few as three by Reed around the turn. From there, Spieth put on the afterburners, not trying to beat the field any longer, but attempting to reach the 30-under par plateau, which he did with the clinching putt.

With the win came an shot across the bow of the rest of the PGA Tour that Spieth was not planning on slowing down. Also, he gained a nice bump in OWGR points and a hefty check to start his year.

Jordan Spieth earns $1.18 million for the victory. He’d have to win this tournament another 1,109 times to match the next Powerball jackpot.

Spieth heads overseas to play in the Abu Dhabi HSBC Golf Championship in two weeks, then he’ll make an appearance at the Singapore Open the following week, returning to PGA Tour action on Feb. 11 at the AT&T Pebble Beach Pro-Am.