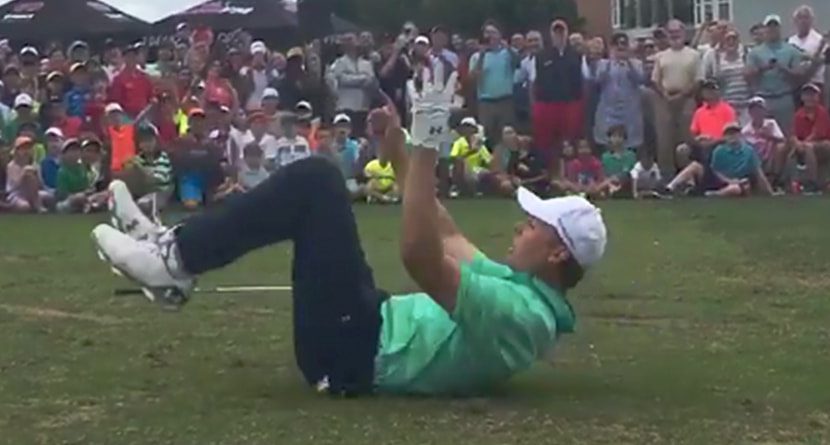 After the season he had in 2015, Jordan Spieth could be forgiven for regressing to the mean a bit, but the doom and gloom prognostications surrounding the World No. 2 is a little too knee-jerk. Spieth has won already this season, finished runner-up at a major championship, notched eight top-25 finishes and made nearly $3 million in on-course earnings, but his reign has been deemed to have ended.

It’s good to know, then, with so much negativity surrounding the 22-year-old that he can still find a way to have some fun. Take the clinic he was a part of on Tuesday at the AT&T Byron Nelson for example. Spieth turned the trick shot portion of the event on its head when he plopped down a marshmallow on top of a golf ball. Take a look:

@jordanspieth put a marshmallow on top of his ball before hitting it. Can he catch it? (This was his second try.)

The happiness of youth remains undefeated. As if Spieth wasn’t having an already-legendary week, on Saturday the presenting sponsor will be handing out 8,000 replica bobbleheads of the two-time major champion, so even if regular-size Spieth plays poorly, mini Spieth will be around for the weekend.

Yea, things could be worse for Jordan Spieth.

Jordan Spieth Bounced Back From The Masters Quicker Than We Thought