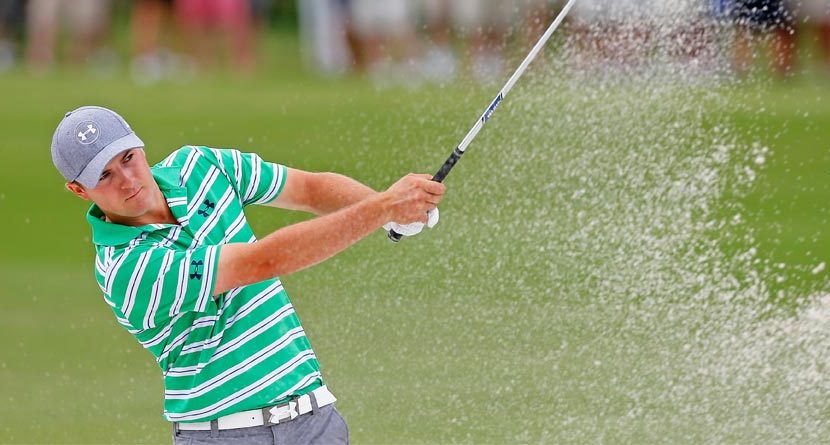 As a teenager, Jordan Spieth secured his first PGA Tour victory at the 2013 John Deere Classic with one of the greatest shots of the year. It’s one that’s hard to forget.

On the 72nd hole of the tournament, Spieth holed his greenside bunker shot to force a sudden-death playoff with Zach Johnson and David Hearn, and the 19-year-old would go on to win.

Making that shot once wasn’t enough for Spieth, however. On Monday, he recreated the shot that put his name on the map, and he did it on his first try.

Recreating the bunker shot @@JDCLASSIC during media day.. Anyone gonna believe it was the first try? Can’t wait to come back in a month! @jordanspieth

Whether you believe it was the first attempt or not, it’s still impressive — even if there wasn’t a PGA Tour victory on the line. His reaction was great as well, holding the finish as if it were an easy shot.

At just 20 years old, Spieth is making quite the name for himself.