Jordan Spieth Serves As Honorary Captain For The Dallas Cowboys 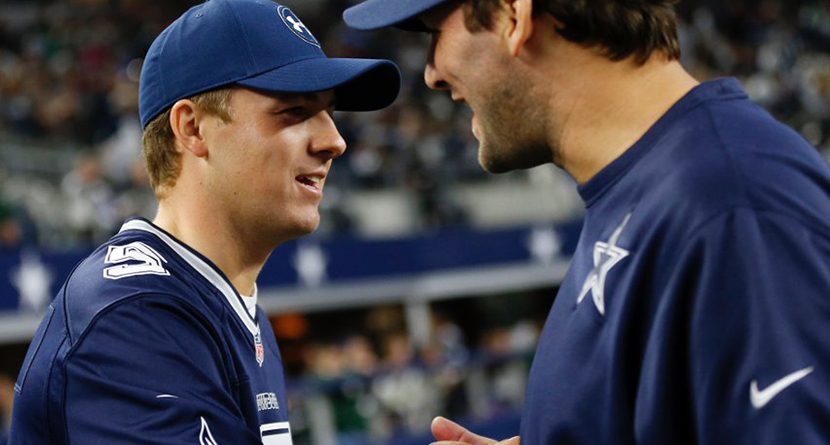 Desperate times call for desperate measures and at this point in the season, the Dallas Cowboys are pulling out all the stops. Despite holding the best divisional record in the NFC’s decidedly mediocre Eastern Division, the Cowboys are in last place and were in need of some late-season magic/luck on Sunday when they hosted the New York Jets.

Needing all the help they could get, Dallas brought in Jordan Spieth to be an honorary captain, likely hoping that the 22 year old would bring his hometown team some good luck.

For his part, Spieth did all he could, helping the Cowboys win the coin toss.

Spieth in the house! pic.twitter.com/WBTFGEWTDU

As David Moore noted, Spieth made it out to midfield in his Dan Bailey jersey. Bailey is the Cowboys’ place kicker and a Spieth doppelgänger.

The Cowboys would go on to lose to the Jets, 19-16, making them losers in 10 of their last 12 games and three of their last four. Spieth is currently in the midst of a four-week offseason break that will conclude when he tees it up in Hawaii at the Hyundai Tournament of Champions the first full week of January 2016.